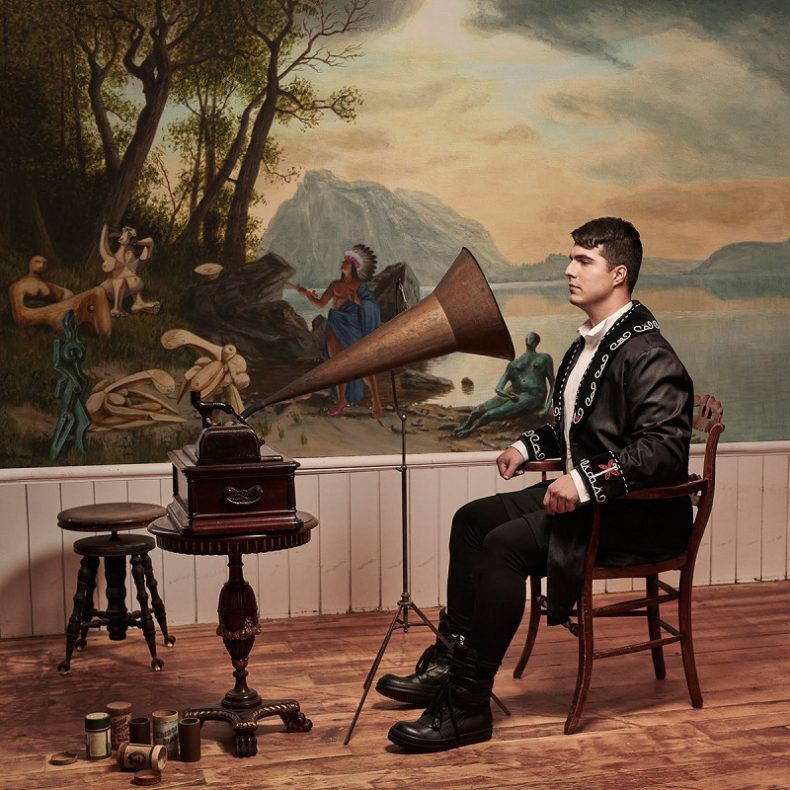 Jeremy Dutcher is the winner of the 2018 Polaris Music Prize, for his album  Wolastoqiyik Lintuwakonawa , beating out such Canadian contemporaries as Alvvays, Hubert Lenoir, and Snotty Nose Rez Kids. His win was announced by last year’s recipient, Lido Pimiento, at the end of the 2018 Polaris Gala that took place at The Carlu in Toronto.

This year’s gala was hosted by Raina Douris, host of CBC Radio 2 Morning and CBC Television’s CBC Music Backstage Pass, including introductory words by founder and Executive Director Steve Jordan. The evening featured live performances by eight of the ten artists whose albums comprised the 2018 Polaris Music Prize short list, as well as a stand in set by Girls Rock Camp Toronto band Deep Vvater in lieu of Alvvays.

Standing ovations seemed to be the order of the night, as the attendees were treated to excellent performances by eight out of the ten 2018 short list finalists, including Partner, U.S. Girls, Pierre Kwenders, Jean-Michel Blais, Weaves, as well as a video performance by Daniel Caesar, and the stand in set by Deep Vvater for Alvvays. Standout performances of the night were given by indigenous rap band Snotty Nose Rez Kids, whose set included dancers adorned in masks, costumes and hand-drums, and a blazing performance by Québec glam rocker Hubert Lenoir, which concluded with him standing on the audiences’ tables in the centre of the room, to the roar of attendees. “Fuck your American dreams,” he shouted into the microphone. “I am your French-Canadian nightmare.”

The 2018 Polaris Music Prize was awarded to Jeremy Dutcher, a Wolastoqiyik member of the Tobique First Nation in New Brunswick. His album, Wolastoqiyik Lintuwakonawa, includes 100-year-old wax cylinder recordings of traditional Wolastoq songs, blended with Dutcher’s own musical and orchestral intepretations. It is sung in Wolastoq, a language which is on the brink of extinction, spoken by less than 100 people. He began his acceptance speech by addressing the audience in Wolastoq, thanking his elders, then switching to English to address the rest of the audience. “Canada, you are in the midst of an Indigenous renaissance. Are you ready to hear the truths that need to be told? Are you ready to see the things that need to be seen?”

The Polaris Music Prize has become one of the most prestigious music awards in Canada. This year’s gala continues to uphold that tradition as a celebration of the best in Canadian music, regardless of record sales and genres.

Trish Melanson lives in the Toronto area with her three boys, Nicholas, Justin, and Eric, her dog Jakkson, and her cats Max and Jagger. She is the former host and producer of Canadian Kickass, a weekly two hour radio show on New Jersey's Chestnut Radio, showcasing Canadian Music. She is also a former Web Content Manager of Indie Soundscapes, an online showcase for Independent Music Artists Worldwide, and was a regular music contributor to The Stroumboulopouli. She is a fervent supporter of the Toronto live music scene. In a past life she was a teacher and Vice Principal in Durham Region. She has many more new and exciting projects waiting in the wings. ;)
RELATED ARTICLES
alvvayscarludaniel caesar