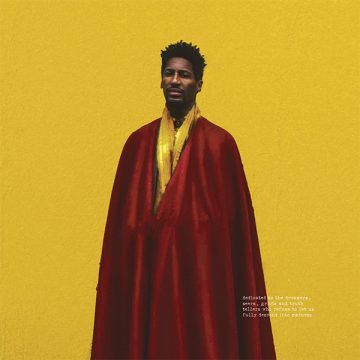 Jon Batiste
We Are (The Deluxe Edition)
Universal Music

Having struck gold earlier this year with the release of We Are, a modern masterpiece of pop, soul, gospel, and jazz by any metric, Jon Batiste has released an expanded edition of the album. We Are (The Deluxe Edition) features a rearranged track listing along with an additional six songs ranging from remixes to alternative versions with new featured artists – most notably a duet with Tori Kelly on “Sing”. While the album does not necessarily add to the impressive standing of the original, We Are (The Deluxe Edition) is certainly a strong album in its own right.

If We Are (The Deluxe Edition) is your introduction to Batiste and his incredible album, then you’ll be captivated by the stellar synthesis of jazz, pop, funk, gospel, soul, and hip-hop that is We Are. Even revisiting this album after a few months, I felt the familiar chills running down my spine and was astounded by the audacity and flare of Batiste’s songwriting and performance as if it was my first listen. If Prince, André 3000, and Duke Ellington got together in a studio, you’d have Batiste’s instant classic, We Are, an album that remains among the best releases of the year and will likely be remembered as a notable release for the decade.

Of the new material presented on We Are (The Deluxe Edition), Batiste’s sonic pallet is further developed through the use of remixes. “Freedom – Big Freedia Remix”, “Tell The Truth – Uptown Remix”, and “We Are – Montmartre Remix)” further connect Batiste to his hip-hop influence, something that was largely subliminal on the original album, with the exception of “Whatchutalkinbout” and “Boy Hood”. While these are solid remixes, they do not add much to the album; however, the new song, “Work It Out” – a shuffling R&B number – is a wonder as to why it did not make the cut on the original album in the first place. Furthermore, Batiste’s duet with Tori Kelly on “Sing” is truly stunning and is, without a doubt, the greatest offering of new material on We Are (The Deluxe Edition).

Batiste is a musician and songwriter in his own league. Nobody in pop is writing or performing at a level quite like this. We Are remains a phenomenal album unlike anything else released in the last two decades, but possibly ever. This is only further affirmed on the expanded We Are (The Deluxe Edition). The new material may not quite turn heads to the degree of the original album, however it offers a further deep dive into the creativity and artistry of Batiste. Ultimately, We Are (The Deluxe Edition) still stands as a must-hear listening experience.

A passion for music has always been a part of Gerrod’s life. As a young boy, he was raised on a steady diet of the music from The Chili Peppers, Aerosmith, The Stones, Prince, and others from his mum. Raised in the GTA, Gerrod continued to foster his love for music by attending a wide range of concerts and learning the drums. His unapologetic passion for music has no bounds and has spread to a wide variety of styles, whether it be the 90’s rock that sound tracked his teenage years, the jazz he studied in university, or his newfound love for hip-hop. He recently received his bachelors in music and education from York University and is passionate about writing and reviewing good (and less than good) music. Gerrod is also the drummer and songwriter for a Toronto based rock & roll band, One In The Chamber.
RELATED ARTICLES
album reviewalbum reviewsjon batiste
9.0