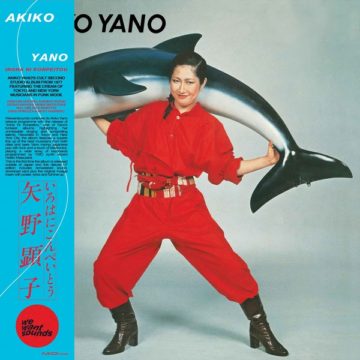 Akiko Yano is one of those artists that is able to cross the usual English language barrier and make a name for herself outside her native Japan. One of the reasons for this is that she has never confined herself to a specific genre, her work ranging from pop to jazz and she has often been labelled Japanese Kate Bush. Her musical collaborations ranged from her ‘home boys’ Yellow Magic Orchestra to Lowell George and Little Feat on her sublime Japanese Girl album.

Iroha Ni Konpeitou is another reissue of hers from the Seventies (1977). This time around, sound wise, she moves from LA to New York with the funky soulful style that became so trendy in the late Seventies and early Eighties, making Yano a sort of a precursor of artists that came after her, such as Lizzy Mercier Descloux.

As with any reissue, the key lies in whether or not the music and production stand the test of time, and Yano and her set of Tokyo/New York collaborators, including Harumi Hosono and YMO’s Hideki Matsutake, pass that test with flying colours. The combination of Yano’s vocals and spare, spacey funk don’t lose an ounce of their previous charm and tightness, while on tracks like “Hourou” and particularly the slow closer “Yamase”, Yano reminds us of another New York soul legend – Laura Nyro.

It seems that originally many Yano fans shied away from this one enamoured by her previous work, but it seems some serious reassessment is necessary on their part.

Formerly a lot of things, including a journalist and a translator, currently a freelance writer living in The Netherlands.
RELATED ARTICLES
album reviewalbum reviewswe want sounds
9.0