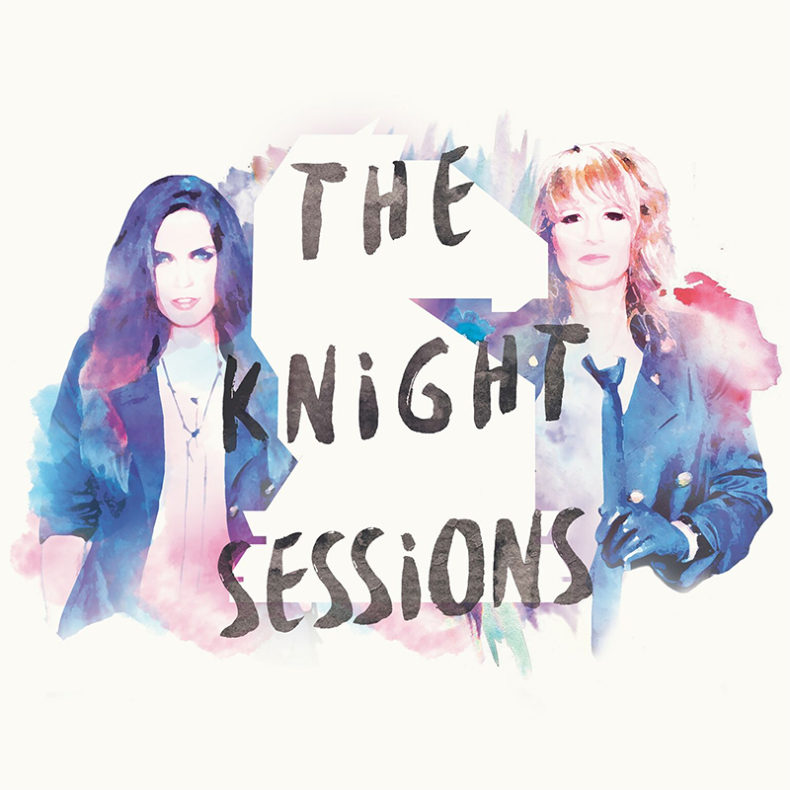 Brenley MacEachern and Lisa MacIsaac of Madison Violet are no strangers to tragedy, but finding a way to move through the dark to find a glimmer of light, has become a specialty of theirs. It seemed that bad luck had followed them around for nearly a decade. Brenley’s brother murdered in Toronto. Lisa’s brother killed in a car accident. Cancelled tours due to death and illness. And heartbreak. So they cleaned slate and took control of their life and career, and that is how The Knight Sessions came to be. For The Knight Sessions, the duo wanted to record 5 new songs and take 5 songs from their European release Year of the Horse, and rerecord them in their truest form. Acoustic. Bare boned. They felt that the songs were strong enough to stand on their own, on the front lines.  Due out on June 2nd via Passenger Sounds/Fontana North, The Knight Sessions features a collection of 11 songs co-produced with their friend Tino Zolfo, and includes the first single “We Are Famous” and an acoustic remake of their track “These Ships” – a previously released song on electronic dance label, Ultra Records that has amassed over 1.1 million listens on Spotify.

Brenley MacEachern and Lisa MacIsaac are the two multi-instrumentalists who make up Madison Violet. Born in Montreal and raised in Kincardine, Ontario, Brenley used to spend her summers in Lisa’s hometown of Creignish, Nova Scotia, but they never met on the east coast. It was a chance meeting at a restaurant in Toronto, called the Greenroom, that set them on their musical journey, later finding out that not only did Lisa know Brenley’s extended family, but that their father’s sat next to one another in high school in Cape Breton. It was kismet. Since their fateful meeting in 1999, the pair has been nominated for numerous ECMA awards and a Juno award, won a Canadian Folk Award for Vocal Group of the Year, the Maxell John Lennon Songwriting grand prize, and many more. They have released 7 studio albums, as well as a live CD and DVD recorded in Köln, during one of their many European tours.

‘Songwriting for us is about both art and preserving memories. Hopefully, in the process of writing, we find solid ground, some semblance of a quiet mind, and a place to heal.’