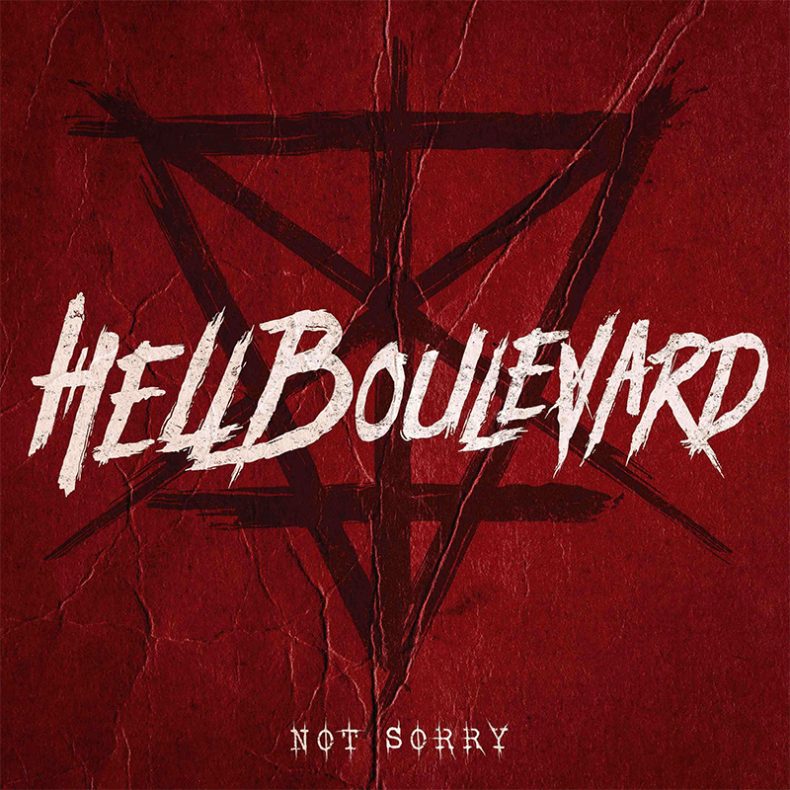 We do feature a good amount of European artists here at The Spill Magazine but, admittedly, we are rather low on artists coming to us by way of Switzerland. Today we make one move to rectify that situation, as we introduce you to the latest hard-hitting album from goth rockers Hell Boulevard. The four-piece rip into a new chapter of their upward rise with their new studio album, boldly named ‘Not Sorry’.

Along with this long-play, we also have the pleasure of premiering their new video for ‘Speak of the Devil’, directed and edited by Matteo vDiva Fabbiani and Chiara Cerami for VDPICTURES, starring Von Marengo and Freyja. Earlier, the band offered a dark taste of their album with singles ‘Not Sorry’ and ‘Death To The Future feat. Faderhead’. 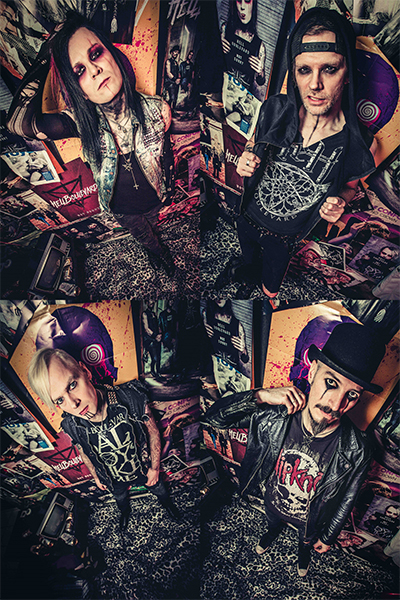 This third LP adds another facet to their sound in a process of growth that is cohesive and progressive. Their classic blend of solid rock and roll and big refrains, along with orchestral arrangements, still represents the core of their sound, while this new album introduces previously unheard elements taken from different metal subgenres: from metal-core breakdowns to sharp industrial-inspired guitar riffs.

For this album, the band embraced a different approach, inevitably leading them to unfamiliar sound paths and experiences: ambitiously gazing at rock operas in terms of composition, aiming to achieve the clean yet meaningful style of pop singer-songwriters. They tell the tale of a distinct moment through their songs and ultimately creating tracks that could live well as separate entities on their own but still work together in effortless synergy, fitting perfectly like pieces of a puzzle.

While, at first glance, ‘Not Sorry’ seems to explore more negative territory than previous releases, upon venturing just a little deeper, one can find the hopeful, positive message behind their devilish lyrics and heavy drums.

A faster, in-your-face type of record, ‘Not Sorry’ presents band members’ unfiltered selves with no remorse, no regrets and, most importantly, no apologies.

Their unmistakable blend of goth’n’roll, tours with Darkhaus and Unzucht, and collaborations with such established acts as Lord Of The Lost, Freakangel, Erdling and Eisfabrik has created a buzz on the music scene.

The ‘Not Sorry’ LP is available digitally across online stores like Apple Music and streaming platforms such as Spotify, as well as on CD and a FanBox, via NoCut Entertainment. Early 2021 tour dates have also been announced for Germany.