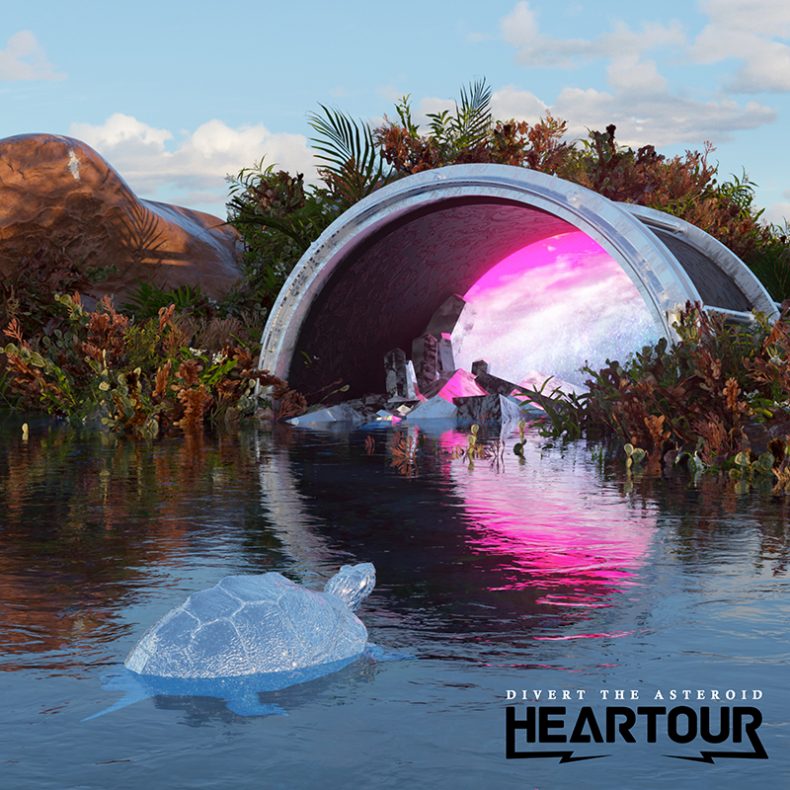 Considering his former band The Ruse toured often with rock juggernauts Muse, you could guess Jason Young likes to keep his synth rock pretty cinematic. That being said, his latest under his longstanding solo project Heartour, this month’s Divert The Asteroid EP, is some of Young’s most realized work yet and Spill is proud to be premiering the EP in its entirety a few days early!

Young returned to the Heartour project last year with R U IN after a near-decade long break, but the intervening years have produced anything but downtime. The Ruse opened for Muse on three separate world tours before going on hiatus, which is when Young decided it was time to go back into the studio for himself. Soon after, the dynamic electronic soundscapes of R U IN was born and, just over a year later, Divert The Asteroid continues the return with five songs crafted during a year without any certainties.

“I’ve always felt a strong urge to try and save the world for whatever reason. Divert The Asteroid is about just that.”

“I wrote and recorded these songs at home in Venice Beach and on pandemic road trips to Colorado, Utah and Florida. The drum tracks were actually recorded years ago at Sunset Sound for different songs that never came out. I took the raw drum files and just wrote new songs to them. It was kind of a backwards writing process, but because I am a drummer, I often start with the groove and build from there anyway.”