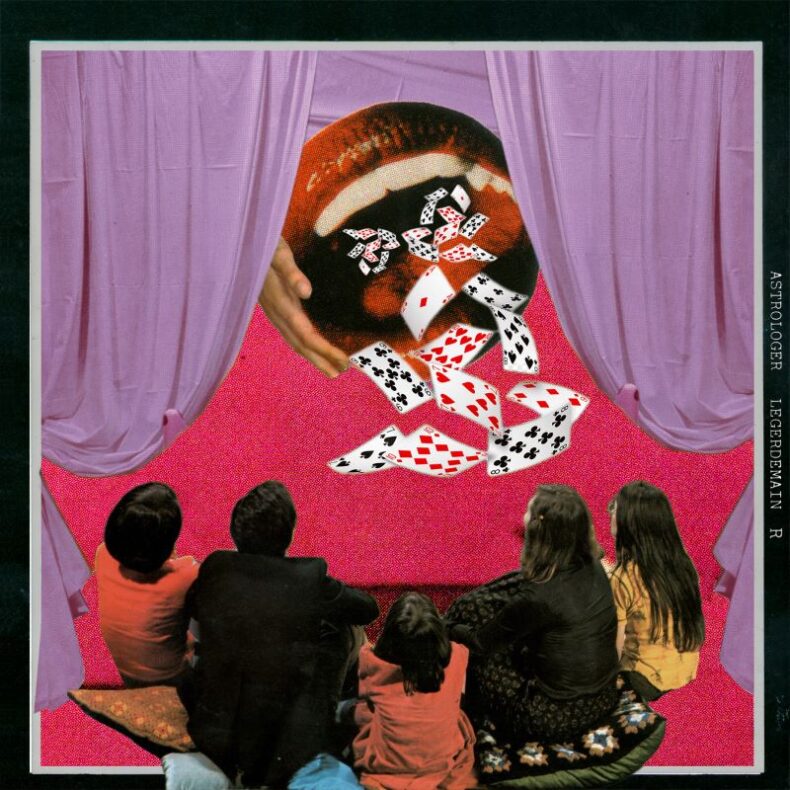 Tomorrow, Astrologer — a Phoenix, AZ-based psych-pop musical duo consisting of Andrew Cameron Cline and Candy Caballero — share their sophomore EP, Legerdemain (R), a follow-up to last year’s Legerdemain (L), shared via Lolipop Records. This brand new EP, as well as their last, features an ensemble of collaborators (including Don Bolles, formerly of The Germs and Active Decay’s Brooke Prince), blending various influences into an experimental pop mosaic. With material both personal and universal, disparate, and familiar, the common thread running through Astrologer’s songs is Cline’s whimsical sincerity and wonder.

Speaking on their brand new EP, the band wrote the following:

“This EP is the second and final part of my Legerdemain project. It was originally framed as a full length album but over the course of recording it became clear it would need to be split. Both EPs were influenced heavily by the death of my father, and the disintegration of my relationship with the mother of my son, Julian. By the time we began recording, the world had been plunged into the woes of a left-field pandemic. My personal grief and fear for the future informed every part of these recordings. At the time, I didn’t know if I wanted to make music anymore, and, even if I did, I was unsure I would ever get another chance. With all that in mind, Wyatt Blair and I seized upon any and every idea we had: every recording trick, every type of song we’d like to make. We followed every whim and tried everything I wanted to, just in case I wouldn’t make another record. That’s why it feels a bit schizophrenic in it’s approach. Its our mix tape. Sometime during the recording of the second half, the EP we are releasing today, I met Candy Caballero and fell in love. Some of that sunshine and joy made it into this second set of songs. It is a set of songs that carry a bit more warmth and romance than the first EP, which was more deeply connected with grief. Making Legerdemain Right was a manic experience, and was a product of late nights among friends like Nick Florence, Don Bolles, and Brooke Prince.

I am very happy to be able to finally be done with this particular project and give it to the world. That is where it belongs.”

Legerdemain (R) is out tomorrow via all DSPS’s

And here is the bands latest video: