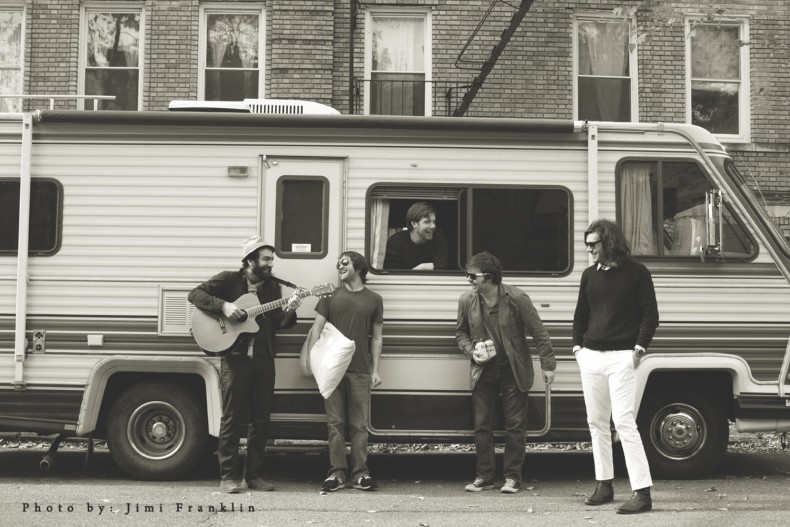 Enter To Exit: An Interview With Daniel Tortoledo Of The Highway

Some would say that the psychedelic rock sound is dead, but Daniel Tortoledo, singer and bassist of The Highway, says his band is bringing it back.

The Highway, a Brooklyn based rock band has released the track “All You Do” from their upcoming album, Enter To Exit. “All You Do” sounds like something out of the 60s with its groovy vibe, providing a toe tapping, foot stopping, head bobbing good time. The psychedelic rock niche hasn’t had much luck on the radio since the end of rock n’ roll in 1969, but with The Highway, things might change. As Tortoledo says, that groovy funk vibe is a necessary sound to bring back on the radio to bring some variety. “It’s integrated into people’s mind as far as rebellion goes.”

The Highway began when Tortoledo and Adam Douglass, the guitarist, met Ted Maclnnes, the drummer, and they’ve played together since. Over the course of 11 years, the band has gone through several other members though. They’re known for their funky rock songs and catchy riffs. Their first album, Forest People, was released in 2012.

While going through the process of making Enter To Exit, the musicians went through an “interesting process of writing” according to Tortoledo, because of the raw sound of the album. The inspiration behind it was the concept of the Beatles’ Let it Be, which intrigued the band. Compared to the first album, which was very clean, they wanted to go for something different. They recorded the album without any headphones or metronome, giving it an “old school” feel. “We pretty much captured what we were doing on stage at that point,” says Tortoledo.

The band is working on some new stuff. Daniel said he can’t say it’s exactly an album, but there is some upcoming material. The songs are shorter, estimated around three minutes long, and the sound is very roots and rock and roll. The band’s going for a “brotherhood” sound, something to “have a good time to” with a rough edge.

Enter To Exit will be released on April 14th of this year. “All You Do” can be heard below.

Music and writing have always been a big part of Sabrina's life. She would "borrow" her dad's rock and metal CDs from his collection and listen to them while going through the art books. Although she doesn't write angsty poetry anymore, she does have a Bachelor's Degree in Journalism which she uses to pursue a creative career path. When she's not writing, Sabrina can be found juggling a coffee cup and DSLR or Instagramming her food.
RELATED ARTICLES
daniel tortoledofeatures