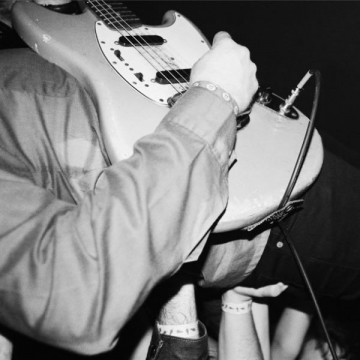 Segall began his solo career in 2008 with the release of Horn the Unicorn, the same year as his debut album, Ty Segall. He’s released seven studio albums and is well known for combining different genres such as garage rock, noise rock, and punk. The San Francisco-based artist reflects the scene in the 10 featured tracks, recorded at Rickshaw Stop.

Segall includes the use of screaming, short instrumental solos, and simple but catchy riffs to bring out a ‘90s punk vibe that was presumed dead long ago. At times the songs seem to be a little repetitive, and others a bit unstructured, but the music is something to rock out to with the hyper and energetic feel. Many of the songs come from the Slaughterhouse album.

Because the album is live ,the sound quality isn’t the best, but there’s a bit more interaction with the audience than on most live albums.

While the grungy noise rock sound isn’t for everyone, Live In San Francisco is worth listening to.

Music and writing have always been a big part of Sabrina's life. She would "borrow" her dad's rock and metal CDs from his collection and listen to them while going through the art books. Although she doesn't write angsty poetry anymore, she does have a Bachelor's Degree in Journalism which she uses to pursue a creative career path. When she's not writing, Sabrina can be found juggling a coffee cup and DSLR or Instagramming her food.
RELATED ARTICLES
album reviewsty segall
8.0