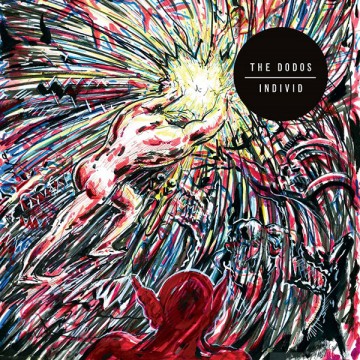 Individ is the sixth studio album from The Dodos and was recorded hot on the heels of their last release, 2013’s Carrier. The 2013 release was an album that seemed haunted by the death of previous occasional contributing guitarist Chris Reimer. Invidid, by comparison, feels more like a follow-up to 2008’s Visiter.

The album opens with “Precipitation,” their toast to whatever the future may hold, with lyrics like “until now, there was a reason/ Let go of it/ It’s not relevant.”

“Goodbyes and Endings,” which falls right in the middle of the album, stands out among the rest of the songs, featuring multiple time signatures stitched together to create a complex yet catchy melody. The other standout track is “Competition,” which feels frenzied and  anxious with driving percussion and a confessional feel to the lyrics.

Though The Dodos haven’t produced a bad album to date, Individ can certainly be recognized as their first great album in quite some time.

Alyson is a writer, content marketer and social media manager in Winnipeg, Manitoba. She holds a Bachelor of Arts in Rhetoric & Communications from the University of Winnipeg and runs her own business providing businesses and individuals with copyrighting services, and content marketing strategies and management. When not online she can be found gardening, riding her bike or sipping fancy coffee.
RELATED ARTICLES
album reviewsthe dodos
8.0