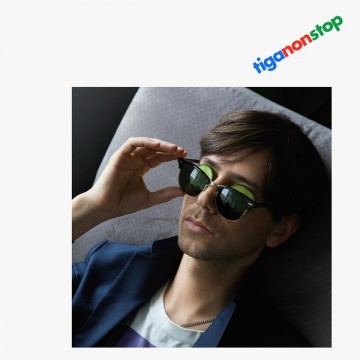 Non Stop, a whopping 28-track collection, is Tiga’s first official mix since 2005’s INTHEMIX.05. The album has the feel of a mixtape, blending tracks from other artists with some original additions. This move allows the album to feel more like a radio show, with a greater flow and more cohesive sound than the average album.

Punctuating the record are several key tracks, such as the Tiga original “The Picture,” with a bumping House beat, and “Total Confusion,” performed by Homeboy, A Hippie & A Funki Dredd, finishes the album off nicely. Arguably the highlight of the album is an exclusive collaboration with Matthew Dear titled “Plush.” However, despite the strength of particular tracks, nothing on the album feels out of place, or weak compared to other sections.

The main impression from listening to this album is that it’s meant to transition the listener. The first half of the album feels classier, steadier, before moving into a more electric finish. As a result of these seamless transitions, Non Stop is the perfect accompaniment album to a night out.

Alyson is a writer, content marketer and social media manager in Winnipeg, Manitoba. She holds a Bachelor of Arts in Rhetoric & Communications from the University of Winnipeg and runs her own business providing businesses and individuals with copyrighting services, and content marketing strategies and management. When not online she can be found gardening, riding her bike or sipping fancy coffee.
RELATED ARTICLES
album reviewstiga
8.0