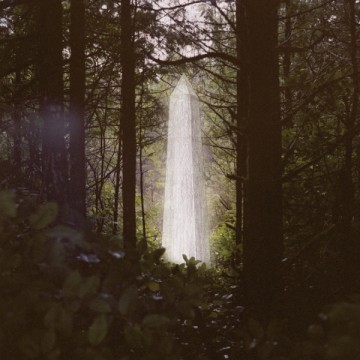 Fraser Valley, of B.C.-based Teen Daze, is back with an atmospheric and hazy new album, his second full-length release to date. On The Inner Mansions, sounds float around and drift into one another, creating a sonic soup, alternating between evoking a feeling of floating through the vast open space of the cosmos and swimming deep beneath the sea.

It’s no secret that Teen Daze is a participant and proponent of the genre of Chillwave; Valley’s songs are pulsatile, reverb-drenched and deliriously dreamy, boasting an ambient quality that is House and Trance-esque. The album’s opener, “New Life,” is addictive, and has a texture that builds and grows, with layer upon layer being added as the song progresses. The downfall of this is that many songs on the album have a similar buildup to this one, which shows a slight lack of variety in the repertoire. Where Teen Daze triumphs is in his collaboration with Frankie Rose; “Union,” a track laden with fuzzy Lo-fi guitars and shimmering synths is a definite standout on the album.

Bearing an aural resemblance to fellow Chillwavers Washed Out, the songs on this album, some instrumental and some not, are blissed out, tranquil, soothing and soaring. That being said, it’s nothing that hasn’t been done before. Though not a bad one, the sound encapsulated in The Inner Mansions feels played out and overdone.

Overall, The Inner Mansions is great for listening to while winding down at the end of the day or staring into the vast night sky, but is nothing to write home about.

Maria Sokulsky-Dolnycky is a 23-year-old culture enthusiast born and raised in Toronto. She is a recent graduate of the University of Toronto, where she studied linguistics, German, and music history & culture. When not listening to or making music, she can be found exploring the city’s many neighbourhoods on foot, cycling by the lake, devouring films, or scouring Toronto’s many libraries in search of her next favourite book.
RELATED ARTICLES
album reviewsteen dazethe inner mansions
8.0