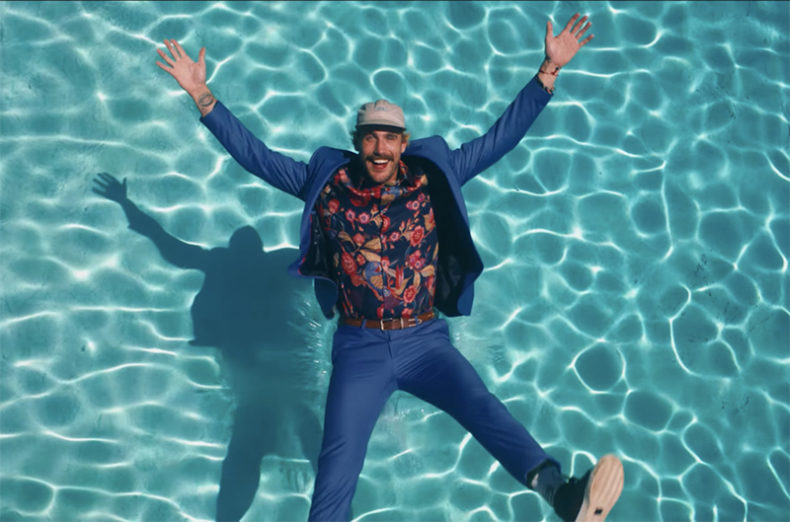 Rayland Baxter is sharing a brand new video for his song “Casanova”, the lead single from his latest LP Wide Awake today. “Casanova” has been shooting up the Triple A charts, currently sitting at #11 and is poised to break into the top 10 next week; GQ named it one of their Songs of the Summer 2018.

The video was directed and produced by Roxanna Dunlop and Arden Grier (Light Layer Productions). Rayland said of its creation, “I met Arden and Roxy earlier this year while they were producing a friend’s music video in Texas. We got along great and I loved their optimism and excitement. When it came to make a video for “Casanova”, they were my first call. I flew to LA, they put me in a suave purple suit and told me to start running, and I ran – through alleyways and over bushes, and even cannonballed into a pool. I couldn’t walk for a week after but now I have quite a fine memory from it all.”

NPR Music called Wide Awake “perfection…a huge leap [that] dips into the rich tradition of witty, sonically complex pop”, and the record has also been spotlighted by the New York Times, Paste, American Songwriter, World Cafe, Relix, No Depression, and Flaunt among other places. Currently Rayland has over one million monthly listeners on Spotify and has been featured on numerous Spotify and Apple Music playlists. This summer, he opened several shows on Shakey Graves’ August tour before a run of West Coast headline dates that saw sellouts in numerous markets including LA, Portland and Seattle.

Listen to ‘Wide Awake’ on all platforms here: http://wideawake.raylandbaxter.com