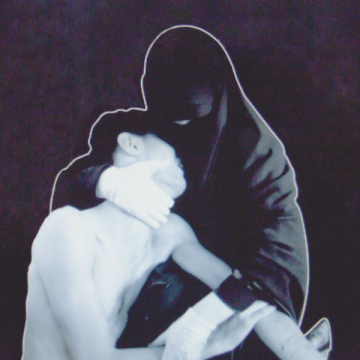 Over the past few years, it just seems as though Crystal Castles have heightened to a new popularity level that I wish I had the explanation for, but I really don’t. Never heard of them before? You probably have. A listen to Platinum Blonde’s “Not in Love” featuring Robert Smith, or giving the concert scene from British show Skins (the one where Sid cries on Tony’s shoulders) another watch, might ring a bell.

Leaving previous copyright issues behind, Crystal Castles (III) deals with significantly less sampling, making the album distinguishably innovative, in a Crystal Castles kind of way. Overall, (III) carries a very dark feel with tracks such as their leaked single, “Plague,” leading the way. Rather than having a lighter versus heavier song ratio that we saw with (I) and (II), all tracks on (III) level out pretty well, each carrying an intriguing, but danceable rave-like beat, such as “Affection.”

Looking into the future, Crystal Castles is definitely the kind of band that everyone has to conform to, ‘cause they sure as hell won’t conform to anyone or anything. Samples or not, they seem to have a different take on everything. It’s hard to say if more music will follow suit stylistically, but for now, we can all appreciate and bask in Crystal Castle’s vibe – while on drugs or not.