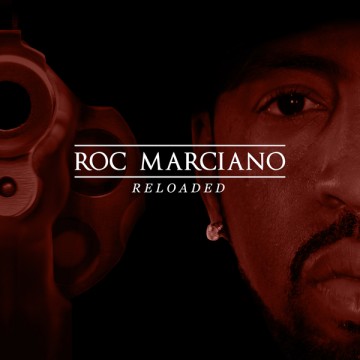 Decon Records just dropped Reloaded, Roc Marciano’s sophomore LP, and it is nothing less than dope. This Long Island, New York emcee has kept us waiting patiently for this album, but it was well worth the wait. “Tek to a Mack,” a smooth and welcoming track, kicks off the album with a taste of what’s to come, but it’s only an appetizer because as you get further into the album you find that whole-hearty meal. Marciano’s rhymes aren’t all about ‘big booty hoes,’ and ‘bad bitches,’ they’re about life and how we went from ‘rags to riches,’ his struggle and hustle and this shows with his smooth rhymes throughout the album. Reloaded has been highly anticipated by fans when it was announced a year ago. The track “76” stands strong with its catchy beat and heavy lyrics. “Threadcount,” produced by the well-known American Hip-Hop artist Q-Tip, is almost a comeback for Q-Tip too, but really shows that Roc Marciano’s name is getting out there. His ‘Rap game’ is tight and he’s accepting beats from others, even the Alchemist on “Flash Gordon.” This album is truly a hot one for 2012.