Album Review: How To Destroy Angels – An Omen 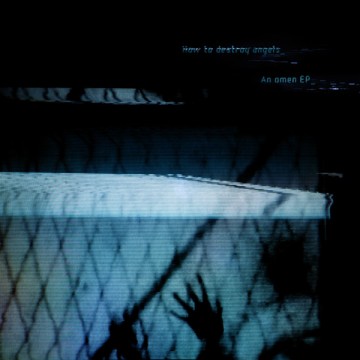 How To Destroy Angels
An Omen
Sony

Trent Reznor returns with wife Mariqueen Maandig on vocals with a taster for next year’s How To Destroy Angels album. This six-track EP mainly delivers taut, lithe, percussive Funk. Opening track “Keep It Together” is probably the strongest cut, all insistent beats, breathy, creep-Funk. “Ice Age” gets the tone totally wrong, its perkiness really grates over what feels like a very long seven minutes.

The music on this EP is almost machine like, buffed and polished within an inch of its life. The grime and fuzz of old are absent here. “On The Wing” snaps and clicks with moody piano, while “Sleep of Reason” and “Speaking In Tongues” are more in line with Reznor’s soundtrack work – very ambient, drifting with wordless vocals. “The Loop Closes” spends nearly five minutes building with Reznor repeating the refrain “The beginning is the end” towards a big pay-off which never arrives.

An Omen EP is an interesting curiosity, but judged against Trent Reznor’s extensive back catalogue (Nine Inch Nails, soundtrack work, etc.) it’s slightly underwhelming overall. Perhaps the aforementioned machine could be less pretty and could do with more hate.

Album Review: How To Destroy Angels – An Omen

Flying the flag for Spill Magazine in northern Europe, Killian has been reviewing albums in his head from an early age. Very much a part-time member of the team, loves a bit of guitar, but no fretwa**k.
RELATED ARTICLES
album reviews
8.0