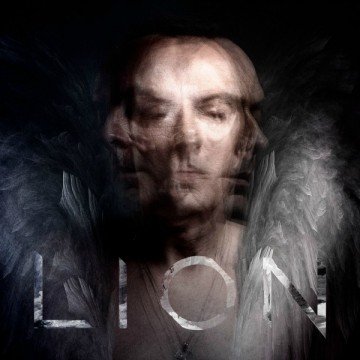 More than 30 years have passed since his Bauhaus days and now Peter Murphy is back three years after his last solo album with Lion, his tenth solo album. He is still dealing in commanding gothic sub-Bowieisms from opener “Hang Up”.  Nowadays it’s mid ‘90s Bowie that he’s cribbing from (“I Am My Own Name”), which is a less worn path. There is a serious misstep early on with “Low Tar Stars”, which goes all goth high-energy with a bit of Pearl Jam. Yes, that is as strange as it sounds.

The slow, relatively stripped back “I’m On Your Side”, “Compression” and “Loctaine” are a distinct improvement, each featuring a rousing chorus. A whole album of this can get a bit much, in the case of plodding dirge “The Rose” (featuring plaintive wailing).  On the other hand, The Horrors would kill for a tune like “Ghosts of Shokan Lake”, and “Eliza” could fit nicely on last year’s Queens of the Stone Age album Like Clockwork, allowing for the semi-Eldritch vocals.

The closing title track gives Murphy a chance for a pleasingly indulgent vocal on the final dark anthem. Although dated in its sound, the album is a reasonably enjoyable listen.

Flying the flag for Spill Magazine in northern Europe, Killian has been reviewing albums in his head from an early age. Very much a part-time member of the team, loves a bit of guitar, but no fretwa**k.
RELATED ARTICLES
album reviewspeter murphy
9.0