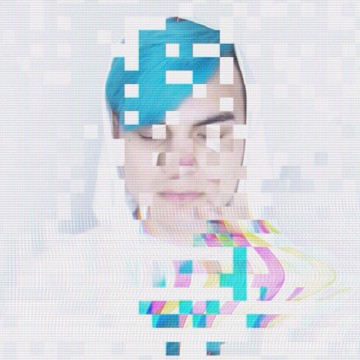 “The light to guide you through the darkness . . .”

Austin, Texas resident Forrest Avery Carney creates ambrosial synth-pop tracks under the guise of Mr. Kitty. With a litany of self-released material since 2008, Mr. Kitty has received many accolades as an “up and comer”. This 10-track album shows us Mr. Kitty is no stranger to putting together a synth-pop track using a set formula with ethereal vocals, synths, and biting drum riffs. But it’s this formula where one can hear the repetitiveness within the songs and wonder if Mr. Kitty will push through and break the rules to further develop some constructed key changes or some extended bridges. Will he expand on his electronic vocabulary by adding more noises and melodies to extend the instruments in the songs vertically, rather than horizontally, in track length?

With effortless, uninhibited singing, Mr. Kitty leads listeners through a veritable electronic garden of delights. On tracks like “Shanghai,” “In Your Blood,” and “Flowers for Boys,” there’s a solid partnership between the drum beats that interlock with soothing electric hooks. The nostalgic synth-pop atmosphere continues throughout the album on songs like “I Lost You,” which could be compared to New Order’s “Blue Monday.” A vocal call-and-response motif is evident in “Entwine” as we hear an angelic female vocal soar over the bubbling synth lines. Feelings of Depeche Mode are evoked in “Mother,” while Mr. Kitty’s arousing, epic synth opening in “Hell” feels like we are being summoned to the gates of Hades himself. We end the album with the plodding “Cycle of Violence” and upbeat “Spirit of the Forest.” These songs tend to not shift the Mr. Kitty synth-pop landscape greatly, but continue to encompass a variety of luminous emotions.

With a polished, comfortable listen from start to finish, Mr. Kitty has some very clever pieces of minimalist fragments, but one could have a difficult time trying to piece them together to form the subtle audio narrative that he intended us to hear. This album is good nonetheless and synth-pop fans will enjoy seeing him evolve as he continues to push forward, precisely honing and crafting the Mr. Kitty sound with more instrumental sophistication.

Insert pretentious stuff about me here. I was born at a very young age. I am pretty, funny... without the comma. Easily distracte
RELATED ARTICLES
album reviewsmr. kitty
8.0