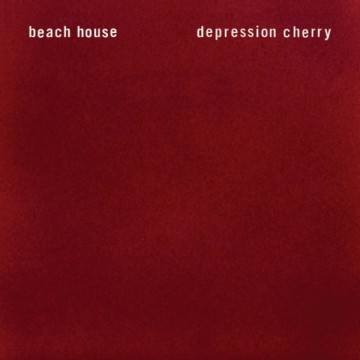 Musically, it’s rare to find a dreamier band than Baltimore’s Beach House. Depression Cherry is yet another amazing example of their musical power. Since their incredible self-titled debut album in 2006, it’s always intriguing to see what these dudes are up to. Depression Cherry is a substantial collection of tripped-out synth rock tracks with similarities to My Bloody Valentine’s Loveless era. The silky layers of guitars, organs, synths, and velvety vocals will put you in a trance and keep you there until the album fades out.

Incredible songs such as “Space Song” and “Beyond Love” keep the listener engaged with endless ear candy melodies and beautiful vocal and organ arrangements. A bizarrely titled track named “PPP” is another ear soother with dreamy and ghostly female voices, which sets the table for another strange trip down to the Beach House. “PPP” is surely one of the highlights of the album. A personal favourite comes in the form of a groovy number called “Wildflower.” This tune delivers the sounds of your grandmother’s basement Hammond B3 organ (including the drum sounds) and it reaches deep into the soul and massages your senses from the inside out.

Interestingly, Beach House decided to offer their new album as a free stream on YouTube in advance of their monster tour covering more than 50 shows with the lovely Jessica Pratt as the opener. This strategic marketing move seems to be working in their favour since many shows are already sold out. Beach House is certainly sporting a strong release here and fans of dream pop and trip wave should have a listen.

Andre has been writing for The Spill Magazine for over 12 years, dating back to the print days. His passion for music goes far beyond writing reviews for new music and live concerts, he is also an active musician and producer on the Canadian music scene. Having toured North America and Europe with various acts, he is no stranger to dedication and work ethic new bands must endure to make the grade in today's market; Andre always delivers perspective writing that is authentic and to the point. Mr. Skinner typically covers indie rock, grass roots, electronica and is our resident hard rock and heavy metal specialist. He is extremely selective on what bands he covers for articles and you can rest assured they are ALWAYS band to watch with something left of centre to offer.
RELATED ARTICLES
album reviewssub pop
8.0