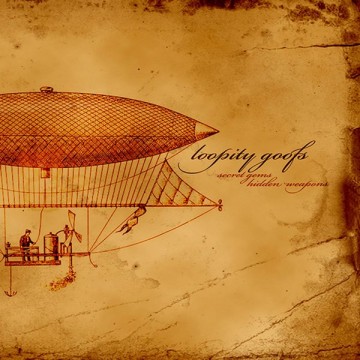 The long awaited, debut full-length album from Toronto’s Loopity Goofs is LOADED with killer beats, sample and grooves. Gord Shields and Scott Atherton are the brains behind this groove ensemble and have been working their talents on the club scene as DJ’s and producers since 1998. The duo’s musical catalogue includes over 28 releases of remixes and original singles leading up to the release of Secret Gems Hidden Weapons. Loopity Goofs have built themselves a solid reputation on the house music scene and have toured all over North America, spinning sets from Toronto to Miami.

Tracks like “It Ain’t Eeasy” show that LG are at the forefront of the their musical genre and can push killer samples and melodies with wicked anticipation before dropping monster beats up in your face. “Falling” is another great example of the depth and diversity of the music on this album; this track incorporates Asian and Middle Eastern sounds along with dynamic percussion samples that drive the tune along ever so nicely. Digging deeper into the album, you’ll eventually come across the track “Most Respected”, a tune with a serious gangsta lean. The song features a famous one-liner from the movie Black Dynamite: “Gentlemen, every one of you are the most respected men in your region”. The tune is dark, perplexing, and somewhat unsettling, making it one of the best tracks on the album. There are no dull moments on this release.