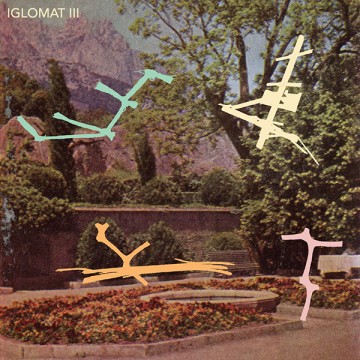 David Jack is back for Number three!

The Scotlander known as David Jack is a DJ, producer and composer whose cross-continental recording project, Iglomat, throws out its 10-track release. This instrumental, post rock / electronica offering is a collaboration created through landlines and hard drives; not an easy task.

There are few words in their songs, as Iglomat tries to make their melodic statement through instrumentals. The slower-paced nature of some recordings and distorted instrumentals, and certain added verbal sound bites, give this album a familiar yet subtle Mogwai-like feel, without the lengthy time-track extensions. Teaming up with Jennifer Austin and Rachel Sermanni, the tracks emanate a certain foreboding as the calming vocals and keyboard sounds dance across a musical stage. Adding the enthusiastic vocals of a seven-year-old child (à la Noah Macdonald) on the track “Elgato Elgato” makes for an interesting choice, which might take some listeners unaware. Audiophiles should prepare themselves for some odd moments throughout the album in the form of instrumental passages and sound bites.

With keyboard-like elegance and soft guitar-like grace, Iglomat shows us their emotional depth with tracks such as “The Kelpies,” “No Place Like Home,” “My God It’s Full of Stars,” and “Wood Hall.” But does this album have a clear, identifiable, yet exciting sound?  There are no heavy tracks on this album, although the guitar in “Tic Tac Toe” tries to have a harder sound through the keyboard’s higher pitched, soaring notes. The album plays out like ambient simmering on low heat, and doesn’t feel like it comes to a boil.

With its James Joyce-like “trippy” musical stream of consciousness, this middling release could be difficult for some to get into or understand (should we?) as it tries to find its identity. Having been compared with the likes of Goblin (a famous ‘70’s Italian progressive rock band that does soundtracks) you can hear the influences and make instrumental parallels in the work on this album. Iglomat paints an interesting canvas with a multitude of instrumental textures and sound layers that need more than a general listening to from a discerning ear. The question left hanging is, will they get that time?