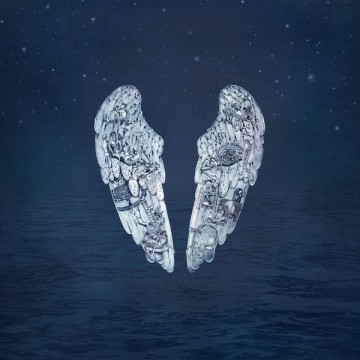 One’s heart may beat faster while envisioning what could have been; Coldplay’s sixth studio album Ghost Stories tells the sombre tale of lead singer Chris Martin’s personal life and his ending relationship to now ex-wife Gwyneth Paltrow. The song titles alone give light to the fact that his life was taking a catawamptious turn and it was something he wanted to share with his fans along with the world. “Always in my Head”, “Magic”, “Ink” and “Oceans” ooze emotion, poetic undertones dripping dim colour off the lips of what I recall to be a vibrant and charismatic lead singer once upon a time. “A Sky Full of Stars”, co-written by Swedish DJ and record producer Avicii, is the band’s first dance tune inspired by house music and goes off the pre- forecasted gloom the rest of the tracks protrude. In “Midnight” Martin sings: “In the darkness before the dawn/In the swirling of this storm/When I’m rolling with the punches/And hope is gone/Leave a light, a light on.” Oh Gwyneth, what have you done? Maybe working nine to five isn’t as hard as working on a movie set.

Usually I don’t get mixed up in musicians lives, but I like Martin. He’s done tons of charity work, stopped eating meat on Mondays and usually delivers lyrics that make my skin tingle. This album screams suicide hotline and although I’m all for getting help, I yearn for “The Scientist” or even “Yellow”, which was the track I liked the least. There is no reason why that is. I don’t know why the other band members didn’t set up an intervention seeing how upset their front man was. Maybe they’re all going through break ups. None of this makes sense. Coldplay is touring this summer and I would love the opportunity to ask Martin why he named his first born Apple, but I don’t think he would answer me. All joking aside I can’t stop writing about this album, which should tell you that you should give it a listen and judge for yourself. Don’t listen to me, I’m down in the dumps from listening to this album 18 times. Maybe I’m cynical because I haven’t broken up with someone in years and yearn to write a sad song about them. Maybe my nickname is Apple and I am jealous of his 8-year-old daughter. Maybe I’m jealous of Gwyneth because she gets to work with Robert Downey Junior. I can’t be sure. All I can ask is that you at least listen to the last track of the album titled “O”, which has a three minute pause during the song. A perfect time for a refill of your favorite alcoholic beverage, take a trip to the corner store for some beef jerky, or perhaps make a call to your ex to tell him or her to f**k off!

Erica went to school for television broadcasting, which gave her no help whatsoever in preparing for a writing career. Erica has been writing for over 15 years for magazines such as monkeybiz.ca, Fangoria and The Spill Magazine. She loves movies, music, and her cat LJ.
RELATED ARTICLES
album reviewscoldplay
8.0