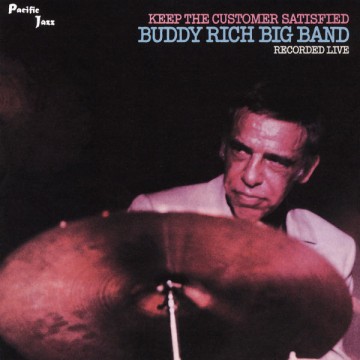 Buddy Rich was heralded as one of the great jazz drummers of all time. What was even more amazing is that he admitted to not even practicing or honing his craft after performances or during his off periods. He never even learned to read music. What came out of him was sheer brilliance and pure legend from the drums.

The staff at Lightyear Entertainment released a never before collection of over 70 minutes of drum solos that Buddy Rich performed during 1976 to 1977. Over these 70 minutes we hear the explosive energy, drive and passion that exudes from Rich’s drumming, which always sets the band on fire.

Upon listening, this is a set that is highly recommended for drum enthusiasts and students of drumming. It’s very rare to have a whole album dedicated to drum soloing, since for the average listener like myself there is no melody or band cohesiveness to draw from. This set primarily showed one dimension of Rich’s playing, while at times not drawing upon colours or different drumming patterns to break up the main monotony of the listening experience.

It would be nice for the organizers of the album to include differing solos and patterns of Rich’s playing to break up the monotony of high-energy pyrotechnics. All in all, it is a fine listen for drumming aficionados to appreciate the legend and the stylistic qualities of a great jazz legend.