Live Reviews
345
previous article
SPILL TRACK OF THE DAY: MUSHY CALLAHAN - DEEP MEADOW
next article
SPILL FEATURE: I'M NOT THE MAN I USED TO BE - A CONVERSATION WITH ROLAND GIFT 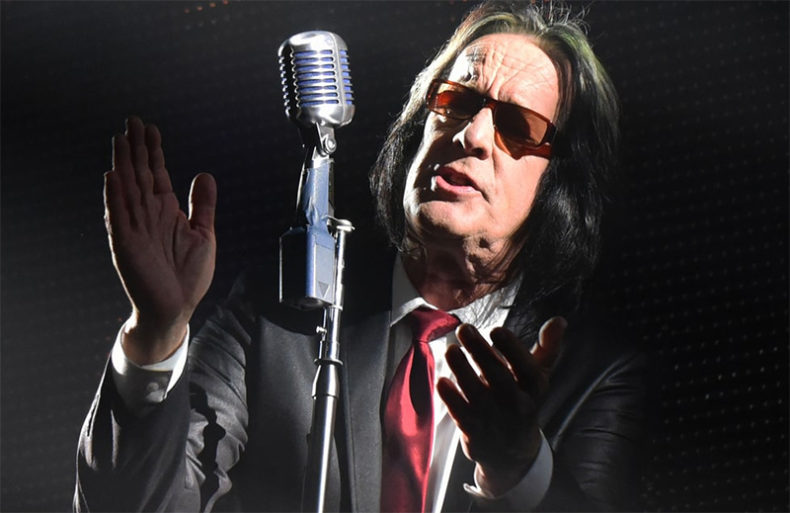 40 years after I last saw Rundgren I bought a ticket to see him in an intimate setting – a far cry from the Toledo Sports Arena, the St. George Theatre in Staten Island is managed by a non-profit entity that preserved its plush seats and 1929-era decor. I expected Todd to perform in a manner similar to other aging artists working the classic rock circuit. I couldn’t have been more wrong. The body of the show featured only newer material – and it is always telling when you find yourself enjoying material you have never heard before.

Rundgren came onstage wearing a suit. With no word of introduction he jumped into his first song. And I mean jumped – the 69-year-old Rundgren never stopped gesturing, pacing – and dancing. And his all-star band was the instrument that made the music really pop. Flanking the stage were two dancers – “Global Girls” Ashle Worrick and Grace Yoo – who sang backing vocals. In the rear of the stage was a large screen used to good effect – both for images designed to convey the spirit of the song being performed and for displaying two videos – the Trump send up “Tin Foil Hat” sung by Donald Fagen, and Deaf Ears, featuring Trent Reznor. Both videos were very good (and can be dialed up on YouTube) but it was the live numbers that impressed this observer. 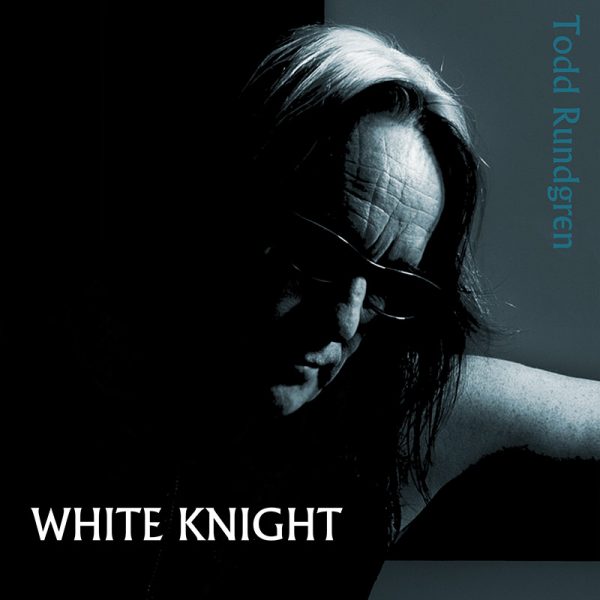 Staten Island local Kasim Sulton on bass guitar was just stellar. He’s been with Todd forever (I saw the pair live, as Utopia, in 1977). Prairie Prince (of The Tubes) on drums was excellent and what can be said of Greg Hawkes? The distinctive sound of The Cars owed much to Hawkes. On guitar Jesse Gress was typically formidable albeit mixed down. And yes, this lineup is essentially the New Cars, minus Elliot Easton. The music was top notch, the arrangements good, and the mix was excellent – modern, crisp and clear.

But of course, as Pete Townshend noted, it’s the singer not the song that makes the music move along. And although I bought my first Todd album in 1972 this was no nostalgia tour, no oldies show. Many of the tracks were from the very eclectic White Knight release (May, 2017). Stand out moments included the very impressive “Come”, a sparsely populated synth-driven ballad in which Rundgren demonstrated how strong his voice is and how broad his range remains, after decades of touring.  Sir Reality is lyrically a typical Todd protest song and it was performed with passion – the surreality of the current American political landscape was ably depicted by the wizard in true star fashion. Rundgren left the stage a total of three times – using the two videos and a pause between show and encore for costume changes. The dancers also changed costumes – and wigs. After losing his Trump-attire – a black suit, white shirt and red tie also worn by the band members, Rundgren returned in all black – this time with his green guitar, adding rhythm to the mix. His final costume change landed the singer on stage, now barefoot, in an unzipped white jacket and black and white slacks. I knew on a gut level that it was time. The performance of Hello It’s Me, with backing vocals from an appreciative audience, was inspired and inspiring as was the finale – “Just One Victory”, the penultimate protest song.

This was not only one of Staten Island’s finest performances it was one of the best shows this Baby Boomer has ever seen. The White Knight tour continues and anyone interested in seeing a superlative show can get tour info HERE.

The Spill Magazine is a Toronto-based online publication dedicated to covering the independent music scene with a strong focus on our thriving hometown talent. Our writers bring you up-to-date news, in-depth features on musicians and reviews for the latest CD releases. We also travel to the front lines for all local festivals including Canadian Music Week and North by Northeast. Don’t forget to check out our Facebook and Twitter pages for all daily Spill updates.
RELATED ARTICLES
cleopatra recordslive reviewnew york

by Norman Darwen on December 10, 2021
NEVILLE STAPLE FROM THE SPECIALS AND BEYOND CLEOPATRA RECORDS Former member of Two-Tone legends The Specials, singer Neville keeps alive the sound, approach, and energy [...]
8.0