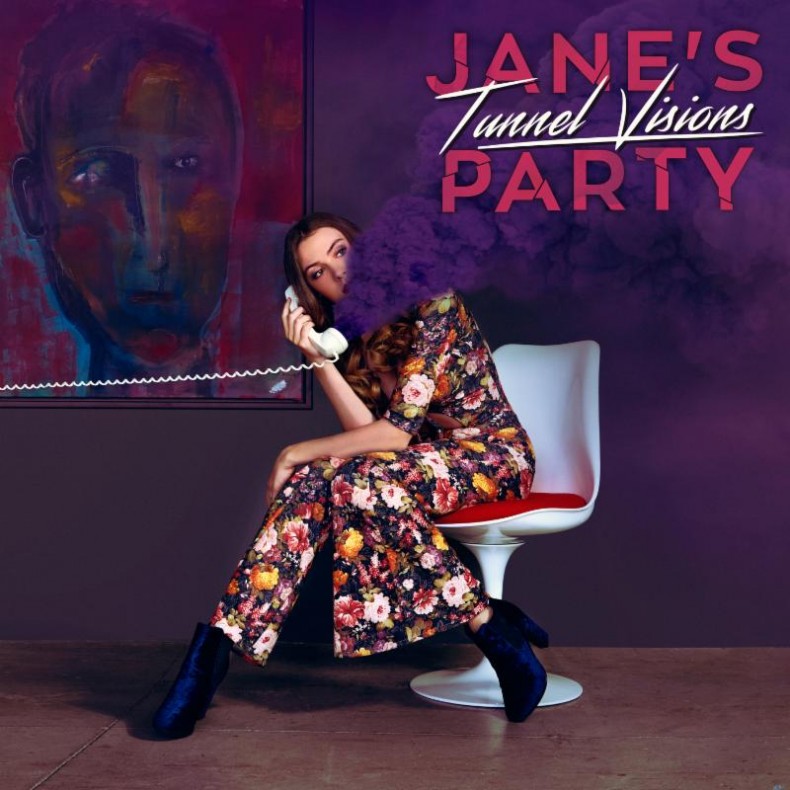 Toronto-based pop-rock quartet, Jane’s Party, are coming on strong with their third full-length album, Tunnel Visions, set to be released on May 13th. This will be the groups debut with their new label, Cadence Music. Tunnel Visions features 10 original songs, including the first single Coming On Strong. Teaming up with the who’s who in the music scene, the band have released a smashing video featuring the likes of Shad, Jim and Devin Cuddy, Brave Shores, and Elise Bauman, to name a few. Grab those dancing shoes and karaoke mic, and take part in the epic sing along!

Join them at The Piston in Toronto this Thursday, March 10th for the official single/video party, and on May 12th they will take over the Horseshoe Tavern for their album release show (details below). Coming On Strong is available now on iTunes, Spotify and Google.

Ready to take off after years roving Toronto’s vibrant bar scene and touring great swaths of Canada, Devon Richardson, Tom Ionescu, Jeff Giles, and Zach Sutton, hooked up with Blue Rodeo’s Greg Keelor to produce the new album. “After each 14 hour gruelling recording session up at Greg’s home studio we would all just hang out in his living room drinking wine and digging through his record collection…being able to just talk and pick his brain about 30 years on the road was invaluable,” says Zach. “…and sleeping above the console where “Five Days in July” was recorded was absolutely surreal.”

Lead single Coming on Strong is co-produced by The Darcys and features legendary singer/songwriter Jim Cuddy on backing vocals. “Having Jim Cuddy sing on our single was unreal…but it almost didn’t happen!” says Devon. “I was out getting gyros on the Danforth when I got a call saying “Get back here ASAP… Jim’s got 20 minutes to lay down some vocals… what do we want him to sing?!” So I bolted back to the Woodshed studio with gyros in hand, and made it just in time to tell Jim what part would be great for him…luckily he’s such a pro he nailed it in one take without ever hearing the song…he also harmonized with himself flawlessly…such a pro…in and out in 20mins…”

The album, mixed by Chris Stringer and mastered by Joao Carvalho, showcases a sound that’s more layered and sonically rich than anything the band has created thus far. Jane’s Party have collaborated and shared the stage with Blue Rodeo, Sam Roberts Band, The Arkells, Wintersleep, Matt Mays, The Maccabees, The Rural Alberta Advantage, Tom Odell, Lights, Manic Street Preachers, and many others.

They’ve come up in the world, and people are starting to take notice. This is one party you won’t want to miss!