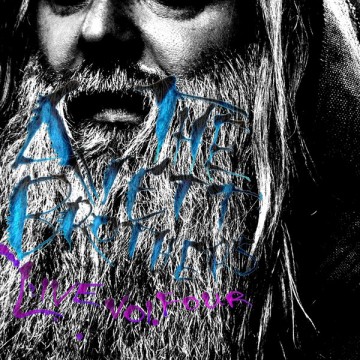 The album is available for pre-order HERE

Live, Vol. Four continues a long tradition of official concert releases for the Grammy Award-nominated North Carolina alternative folk collective that began with 2002’s Live at the Double Door Inn. It captures last year’s New Year’s Eve concert where they performed to a packed crowd in Raleigh, NC at PNC Arena on a CD and DVD combo package as well as a special edition vinyl. Every fan who orders vinyl will receive a digital download of the album during release week- vinyl to be available in early 2016.

The live album boasts performances of two brand new songs by THE AVETT BROTHERS. The set opens up with “Satan Pulls The Strings,” while they include “Rejects in the Attic” halfway through the show. The entire track listing is revealed below.

On Live, Vol. Four, Seth Avett says “The energy of this show is undeniably positive and uniquely North Carolinian…I often had to remind myself that we were singing to the audience and not the other way around…there’s nothing like celebrating in an arena filled with friends and neighbors.”

Earlier this year, THE AVETT BROTHERS supported The Rolling Stones for the first time when the Zip Code Tour rolled through Raleigh. They also embarked on a massive summer tour. Right now, the group is hard at work on their ninth full-length studio album, due out in 2016.

During 2009, THE AVETT BROTHERS made mainstream waves with their lauded major label debut, I and Love and You. It landed at #16 on the Billboard Top 200 and garnered unanimous critical acclaim from Rolling Stone, Paste, New York Times, Los Angeles Times, and Time, who even dubbed it one of Top 10 albums of the year. 2012 saw The Carpenter hit #4 on the Billboard Top 200—their highest bow to date—while People, USA Today, and American Songwriter lauded the album. The group graced the stage of Jimmy Kimmel LIVE! twice in merely a few months’ time. During the second performance, they invited the Brooklyn Philharmonic Orchestra along to pay homage to Brooklyn with “I and Love and You” as personally requested by Mr. Kimmel. Their eighth studio album, Magpie and the Dandelion, went on to debut at #5 on the Billboard Top 200, while they performed on The Tonight Show with Jay Leno and The Late Show with David Letterman as well as joining legendary Soundgarden singer Chris Cornell for a rapturous Pearl Jam tribute on Late Night with Jimmy Fallon. A string of sold out shows followed as the boys continue to dream up their next step.