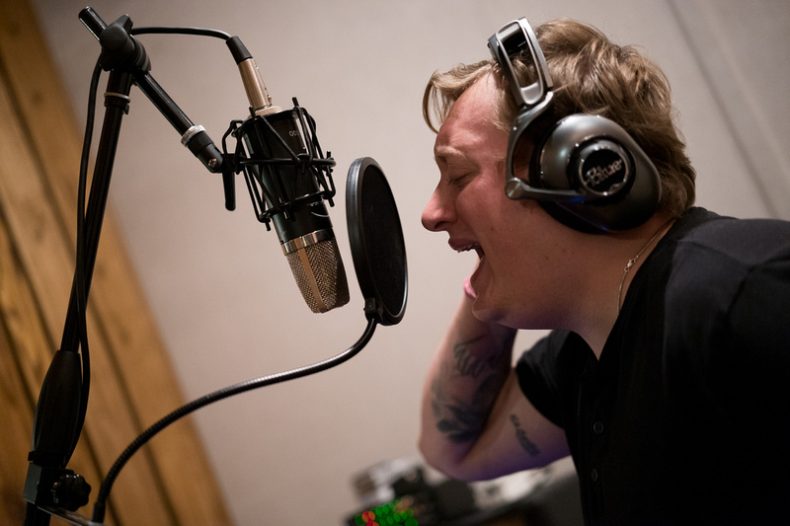 Christopher L. Lewis (moniker LEWIS) is an American songwriter, musician, and producer. He grew up in Oblong, Illinois (pop. 1,391) and began his solo career in 2019, having previously been the frontman for the punk outfit, The Kinison. Starting on drums from the age of four, Christopher has been involved in a number of groups since, ranging from the mellow pop-rock group, Pioneers, to signer-songwriter acoustic duo Canada.

Across Christopher’s career, he has recorded several studio full-lengths, three EPs and one live album. His 2019 EP LEWIS, released through his own Sona Baby Records, is the first album to showcase his musical talent across all instruments.Christopher’s Mom said: “It’s his best drumming since 1987!”

LEWIS recorded the forthcoming full-length album, Son On The Floor at the storied Dave’s Room studio in Los Angeles with Grammy-nominated producer/engineer Paul Fig, for release on August 21st, 2020. A prolific artist, he’s been known to write up to thirty songs in a weekend.

Having played at Coachella, multiple Warped Tours, and Wembley Arena, Christopher is no outsider to being on the stage. You are sure to see him live soon at a venue near you, whenever that becomes a thing again.

“The song “Tobi” is an audible painting of what I saw while looking out of my living room window for twenty-four months. Tobi was a neighbor whom I observed. I saw her settle a divorce, lose a job, be broken by child custody on-goings and watched her health decline. I also witnessed her drink Coors Light cans by the case while floating on a popsicle-shaped device in the pool days on end; she was the only person in my community who I discussed the unfortunate suicide of our young neighbor with, which inspired the song and title of the album ‘Son on the Floor.’ Tobi is a reminder that I indeed, do not want to be alone. I suppose, never.”