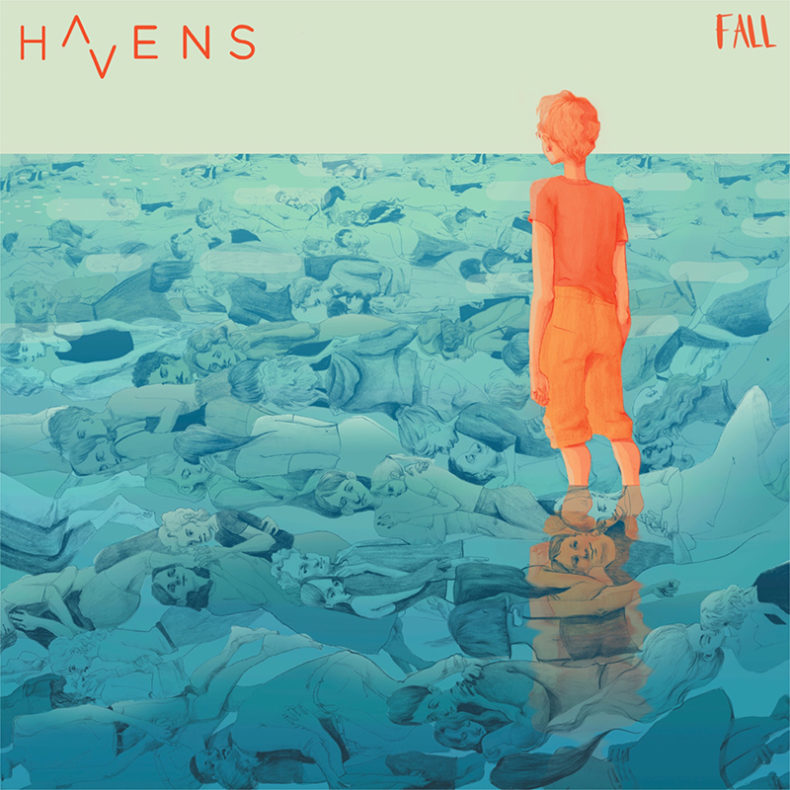 A day before the official start of the crisp autumn season, indie/alternative rock artist Havens drops his second single of the year, aptly titled Fall, recorded with gold record, award-winning Canadian musician Tim Oxford of the Arkells on the drums. With baritone vocals, shimmering jangly guitars and synths, a bouncy bass line laid down by producer Ian Madden, and a ‘60s-inspired drum beat from the Arkells’ own Tim Oxford, Fall tells its story in a fun, lighthearted way that makes for a catchy indie-rock jam. Fall is Havens’ sophomore single release this year, following the success of his recent hit “Peace In Darkness”, yet another collaboration with Ian Madden and Arkells’ drummer Tim Oxford, is an ode to the classic love story with a dance-rock feel. It has garnered over 53,000 streams on Spotify.

Havens is the moniker of Toronto indie/alternative singer, songwriter and guitarist, Andrew Beg. Inspired by nostalgic ‘80s and ’90s alt bands such as The Smiths, The Cure and Ride mixed with the modern era of Arcade Fire, Franz Ferdinand and The Killers, Havens is infused with elements of dreampop, post-punk, new wave, jangle-pop and shoegaze.

“With Fall, I wanted to encapsulate the feelings of monotony and hopelessness that people are often left with when trying to navigate the modern dating landscape. It’s easy to agonize and blame ourselves when things don’t work out quite as fast or as easily as we sometimes naively expect they should.”

by Dan Shust on May 11, 2018
Morgan X Barrie Fall Independent Being a great singer/songwriter is like hitting in baseball; as long as three out of your ten lines are descriptive, innovative, and interesting then you can [...]