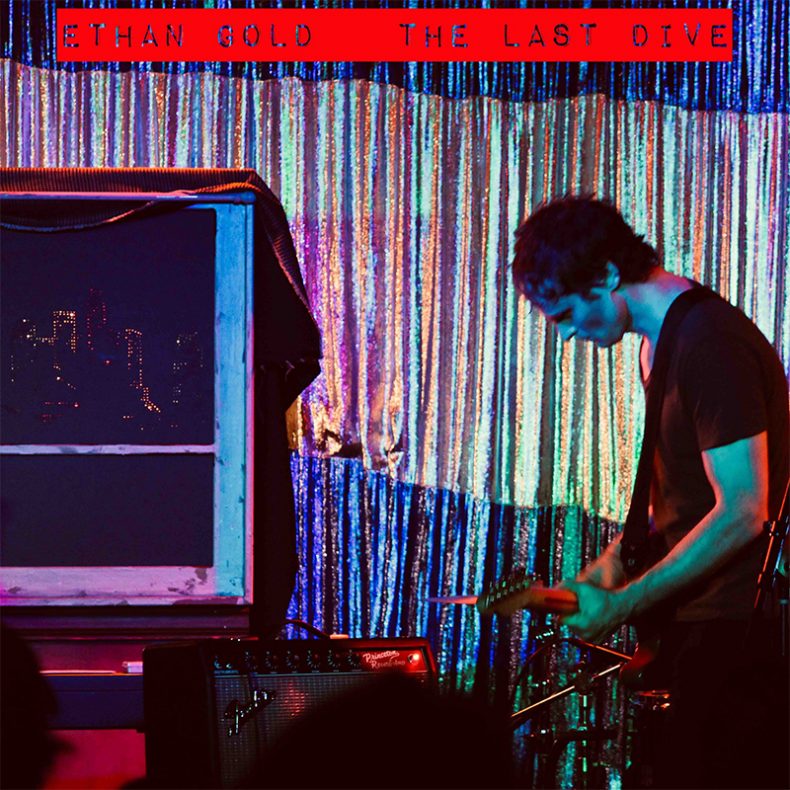 With more lockdown and Covid-related restrictions announced today in a whole string of countries, thoughts of what is to come and what we’ve already just experienced for the past half year are at the forefront of many people’s minds. Social distancing and the need to stay indoors more often has meant loss of traffic to entertainment venues across the board, not to mention other arts gatherings and venues, and the impact this is all having on the respective artists.

The latest single from celebrated Los Angeles indie pop trailblazer Ethan Gold brings some of these fears to the surface in his new single, which are actually an extension of such problems as urbanization and gentrification that already existed earlier. ‘The Last Dive’ is an homage to old dive bars and the joy of sleazy urban exploration.

Here, Gold tips the hat to Iggy Pop, David Bowie and Lou Reed in New York, and Charles Bukowski in Ethan’s home base of L.A. This is the latest taster of his forthcoming double album ‘Earth City’.

“This song is for all the neighborhood haunts, in every city around the world. The first time I went to New York when I was a kid, when the city was still dangerous and artists could afford it, my hair was spiked, and was small and very underage. I ended up pulled off the street into a gaggle of models and junkie musicians – older teenagers. We wandered to bars in alphabet city and I played the upright piano until the regulars motioned throat-slitting at the models. I was the sober one and convinced the crowd to leave. One of the musicians didn’t make it to morning,” says Ethan Gold,

“I still love exploring cities, even though gentrification has wiped away a lot of that old stuff. The dark stupid glory of the night. The low path can still be a path of transcendence. Just ask Bukowski. Gentrification was hard enough. Let’s hope the old bars survive the pandemic.”

Gold makes lullabies of strength and catchy art rock for people who still dream. Personable, relatable and with depth, Gold sings about the longing for human connection in the city, and also for the natural world.

This single follows up singles ‘Our Love is Beautiful’, a tale of human solidarity that arrived with a video of hundreds of people around the world delivering Ethan’s song for human unity in this time of fear and separation, ‘Not Me. Us’ (a call for unity in troubled times, and ‘Never Met A World Like You’, an environmental song timed for the first climate strikes.

Ethan Gold’s new double-album ‘Earth City’ is a record about the modern world — longing for human connection, for love and thrill in the city, for connection to nature. An artist whose path has been curved by inner impulse and fate, Gold returns to the essential path of his original mission to “make sensitivity cool again” – quiet enough to paint the delicate details of the modern age in songs and strong enough to fight for the world as it could be.

Also check out Gold’s inspiring vision via these latest videos: