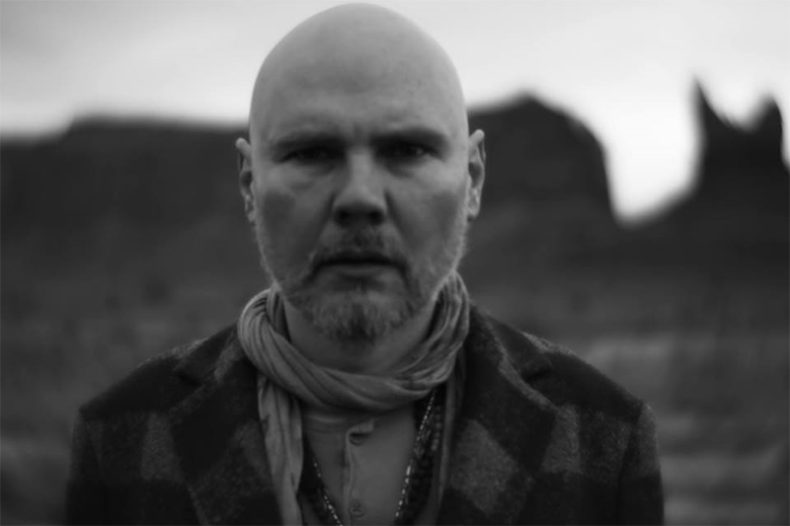 Like some of the greatest artists to emerge from the grunge and alternative rock scene of the 1990’s, William Patrick Corgan – yes, Billy Corgan – has taken an acoustic direction for his latest creative outlet.  On October 13th, Corgan released Ogilala, his first solo record since 2005’s TheFutureEmbrace. produced by Rick Rubin, the record sees Corgan in a stripped down fashion playing on acoustic guitars and beautifully lingering grand pianos for his voice to echo over. Corgan’s Toronto stop at the Queen Elizabeth Theatre of his Ogilala Tour was the perfect reflection of his current artistic movement.

Corgan’s set was divided into two devotions, separated by a twenty minute intermission. Taking the stage promptly at eight, the first half of the show saw Corgan play Ogilala in its entirety. Opening the set with “Zowie”, Corgan primarily performed on a crisp steel string acoustic, only playing the piano for a handful of songs, while also throwing in a few passages on the harmonica for textural variety. This was a bold decision. While it is brave enough to embark on a solo acoustic tour when your career was built upon grungy hard rock, it is another thing to spend half your set time performing your new record in its whole, especially when it is nothing like your past work. To those who aren’t a fan of the record or perhaps haven’t heard it yet, this could have had an isolating effect or perhaps even left a feeling of Corgan selling out to the modern indie acoustic sound. Luckily for Corgan, this was not the case. The songs from Ogilala – all eleven of them – translated perfectly into the live setting allowing for Corgan to, like dropping a needle on vinly, effortlessly take his new record for a spin to much excitement from the audience. 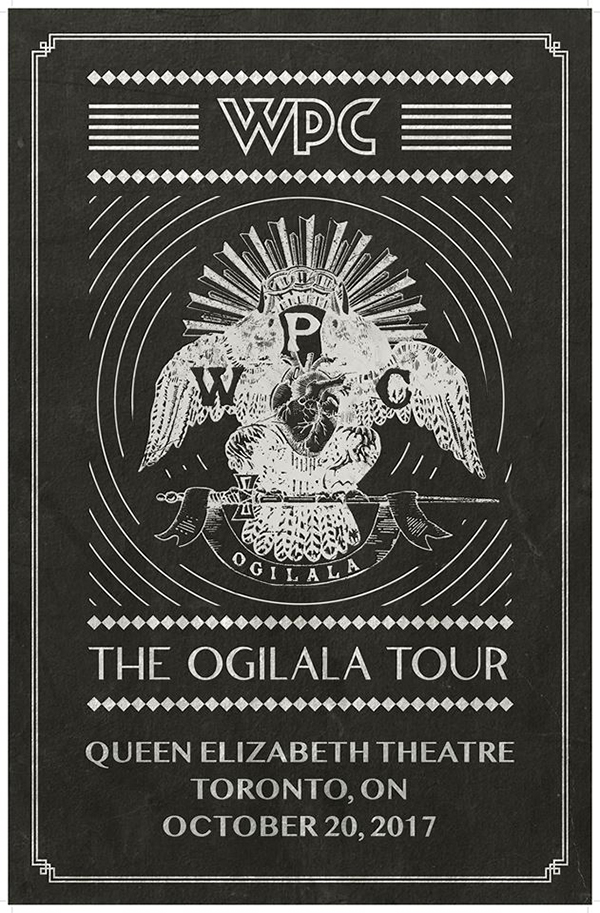 The second portion of his set consisted of “ancient songs” as Corgan stated. This was where the true gems laid. For the next hour or so, Corgan jumped back and forth from the piano and the guitar to primarily deliver stripped down renditions of Smashing Pumpkins songs with the odd cover thrown in. It was here where Corgan’s confidence and comfort stepped in as he began to joke around in a humorously biting way when people called out for requests, once stating “When you turn 50, you don’t give a fuck what others wanna hear”- even though he would play “Starboy”, the request that sparked that remark, in the encore.  Corgan also joked around about Canada’s love for hockey and seemed to enjoy himself during this portion of the set.  His range of Smashing Pumpkins songs consisted of a solid mix of deep cuts – including “Thirty-Three”, “To Shelia”, and “For God And Country”- as well as some of their biggest hits such as “Disarm” and “1979”.  Corgan also performed three covers: Neil Young’s “After The Gold Rush”, Zwan’s “Friends As Lovers, Lovers As Friends”, and most surprisingly and to the ironic thrill of the audience, Miley Cyrus’ “Wrecking Ball”. The absolute highlight of his set was bouncing rendition of “Today” which resulted in Corgan getting the theatre to sing along with him – including the song’s lead guitar line in the chorus- and was originally planned to be the closing track of his encore, but following a standing ovation and pleading from the audience, Corgan stayed on for three more songs: “Age Of Innocence”, “Spaceboy”, and closing with “Farewell And Goodnight.”

All in all, while I never thought I would say this, an acoustic evening with William Patrick Corgan made for a beautiful concert.  By pulling back his music to the bare bones, Corgan gave a soulful performance that gave his career spanning set an emotional connection.  Musically, Corgan proved to be a great pianist and his renditions of classic Pumpkins tracks- often which are driven by overly distorted guitars- was not only refreshing but served as a reminder as to what a great songwriter he is.  Vocally, Corgan’s voice sounded as he often does on record, only better, and while this was my first time seeing him perform live, I would say that his voice has never sounded better.  This was show nine of a fourteen show tour, one can hope that Corgan chooses to continue surprising fans with future acoustic solo shows as his current artistic development surpasses all expectations.

A passion for music has always been a part of Gerrod’s life. As a young boy, he was raised on a steady diet of the music from The Chili Peppers, Aerosmith, The Stones, Prince, and others from his mum. Raised in the GTA, Gerrod continued to foster his love for music by attending a wide range of concerts and learning the drums. His unapologetic passion for music has no bounds and has spread to a wide variety of styles, whether it be the 90’s rock that sound tracked his teenage years, the jazz he studied in university, or his newfound love for hip-hop. He recently received his bachelors in music and education from York University and is passionate about writing and reviewing good (and less than good) music. Gerrod is also the drummer and songwriter for a Toronto based rock & roll band, One In The Chamber.
RELATED ARTICLES
billy corganlive reviewthe queen elizabeth theatre
7.0