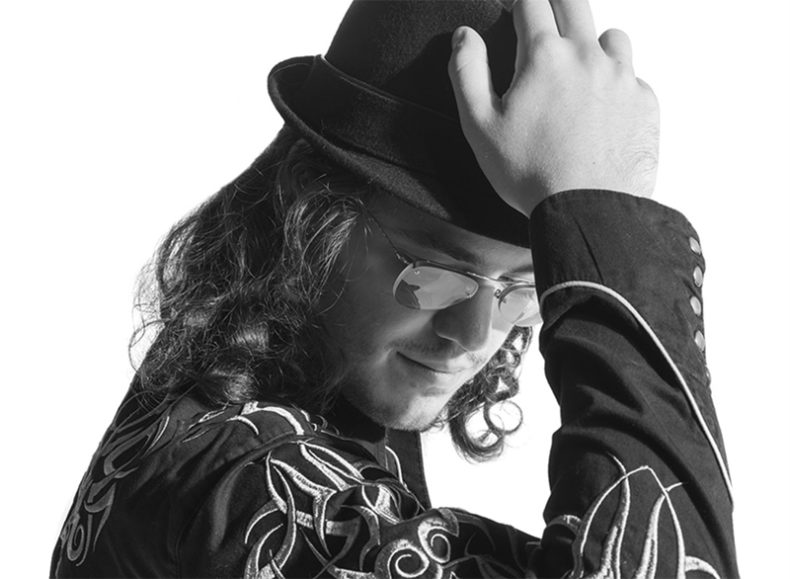 On a cool winter’s night, the Burdock Music Hall was transformed into a happening jazz lounge with the swinging, soulful, and searching piano stylings of New York native Ben Rosenblum, with a very inviting personality, and a cultural exchange of musicians from both the United States and Canada. The band consists of guitarist Sam Kiermayer and bassist Jonathan Chapman from Montreal, and is rounded out by drummer Ben Zwick from New York. They played a very enjoyable set of music that captured the diversity and heart of jazz while having the feel of being in your own living room.

Things got off to a swinging start, the band performed the standard “Delilah”, echoing middle eastern scales and chordal progressions, and alternating the rhythms between Latin and swing. Ben and his cohorts display true soul and vibrancy in this performance, delivering a strong start to the festivities of the evening.

In addition to performing on piano, Ben also added the accordion to his arsenal by performing the classic song “The Dolphin”. It brought a European street vibe to the mix, and thus allowed Ben to shine strong with this instrument and take it in new directions than the instrument is accustomed to.

Probably the best highlight for me would have to be the closing number of the evening. At first, I thought Rosenblum was doing an intro into Oscar Peterson’s “Hymn To Freedom”, instead he broke into the Billy Taylor Classic “I Wish I Knew How I’d Feel To Be Free”. It capitalized on the gospel church elements and it resulted in bringing the evening to a very satisfying and uplifting note, and it even made myself and the audience want to clap and groove to the music.

It was a great Toronto debut for Ben Rosenblum and his trio plus one, and I am hoping to hear many more great things from him as he progresses from strength to strength in his talent.

Conrad Gayle is a jazz pianist, composer, and writer. He released three albums, "Genesis EP", "Foundations" and "The Live Sessions 09/10", his first book "The Real Conrad Black", has an active YouTube channel and maintains his own blog site called "The Conrad Gayle Review". He is a graduate from York University with a degree in sociology. He is also active in the city of Toronto as a solo artist and leader of his own trio, as well as being the regular pianist in his home church. He has written for the Spill Magazine for over four years and is planning on continuing the course to become a very successful writer.
RELATED ARTICLES
live reviewtoronto