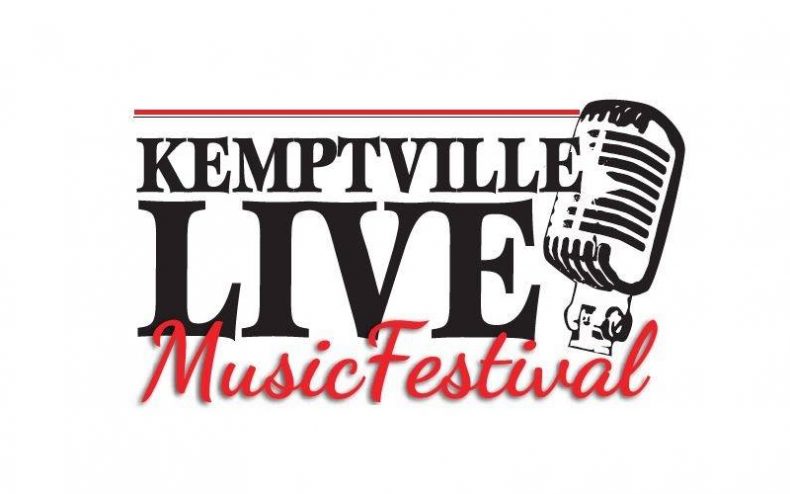 Putting on a music festival in a small town in Ontario is quite the challenge. To do so as gracefully as Kemptville Live Music Festival has is also quite the feat.

The fifth year of this ever-growing festival brought in top-tier acts  George Thorogood and the Destroyers and Steve Earle and the Dukes. Past headliners including such acts as Blue Rodeo, Colin James, Bruce Cockburn and Tom Cochrane. Through its half decade, attendance has skyrocketed and the festival has begun drawing in fans from the US, as well as from as far as the UK.

Kemptville College’s campus is a terrific location for a festival of this nature, with ample space for a big stage, an army of porta potties, two bars, plenty of food vendors, and picnic tables to hang out at when you don’t want to fight the crowd. They also do an outstanding job of catering to the fact that there is no public transit and as a result were able to accommodate a number of people that Kemptville had likely never seen before the beginning of this festival. There are shuttle buses running from the town core to transport the festival-goers to and from the grounds, along with free parking all over town.

While artists like this inarguably appeal to older music fans, there is no shortage of a younger crowd that will be there to keep the festival going strong. It is not easy to accommodate a crowd that large, as well as going the extra mile to make sure that there is enough space for people to remain comfortable and maintain large accessible areas and room for blankets and lawn chairs. Heat levels have risen greatly in the summer months in Ontario, noticeably even more in the past few years and without an indoor area to the festival, it is remarkable to see so many concert-goers able to withstand the above 40°C smoldering heat and sun for hours at a time.

Despite the heat warnings, the thundershower scares, and the humidity levels through the roof, the festival saw a record number of fans in attendance. George Thorogood fully and completely stole the show, coming onto the stage like a wrecking ball, belting out his cover of Bo Diddley’s “Who Do You Love?”. After opening with ‘Get a Haircut’, Thorogood exclaimed “How does it feel to be 17 again?!” and the crowd roared louder than ever. Thorogood told the crowd that the Delaware Destroyers had been “granted parole pardons solely for this show in particular” and they definitely made it worthwhile, playing just as intently as Thorogood, whose energy level was at peak throughout the whole set, with hips thrusting as he jolted from one side of the stage to the other, keeping the entire crowd engaged from start to finish, as he blasted through his many hits, like “Bad To The Bone”, “One Bourbon, One Scotch, One Beer”, and didn’t waste any time proclaiming his love for his “loyal and dedicated Canadian fans.”

While Thorogood and the Delaware Destroyers, as well as Steve Earle and the Dukes, are all American-grown musicians, there is an unmistakable love for Canada. When Steve Earle was at City Winery in New York, he told me that he was bigger in Canada than he was in his own native country and that he couldn’t wait to get back on tour over here. Canadians really do have a love for this type of music that doesn’t prevail quite as strongly in the US, for the most part. Steve Earle, whether he is with the Dukes, by himself, or with his sister Stacey, always puts on a fantastic show. However, this show was nothing like his solo shows at City Winery and it was abundantly clear that his sister was nowhere nearby. This was a pure rock ‘n’ roll fueled set by an alt-country artist and band. The Texan sound always resonates in a very strong way and there would be no reason to be at a Steve Earle show of any kind if that was not the case, but his energy was through the roof and it rubbed off on the crowd in a very powerful way.

As a whole, the festival truly left you with a feeling of longing for what is to come next year, especially with how thrilled George Thorogood was with the festival, having said to the crowd “I think this is the beginning of a great and long relationship, here in Kemptville!” There is no better way to leave a Canadian crowd with a thirst for your next visit, than to finish off your set by pulling a young boy out of the crowd to give him the experience of a lifetime, and exit with a Canada shirt on, and a Canadian anthem send off. Surely, if not next year, we will not be waiting too long for another Thorogood show here in small-town Ontario.

Music makes the worst situations bearable and the best situations even better. I'm just here to share the inside scoop and anything you may have missed, while I establish my own voice in the industry. Born and raised in Ottawa, I never go anywhere without a set of headphones. Live music has been my vice for as long as I can remember and sharing stage side stories is a major bonus.
RELATED ARTICLES
festivallive review

by Aaron Badgley and Bryan Williston on April 25, 2020
APPALACHIAN FOLK FESTIVAL LIVESTREAM CAST FROM VARIOUS LOCATIONS APRIL 25, 2020 The West Virginia area has a very healthy and diverse music community, which the Appalachian Folk Online Music Festival brought to the world this past week. These [...]