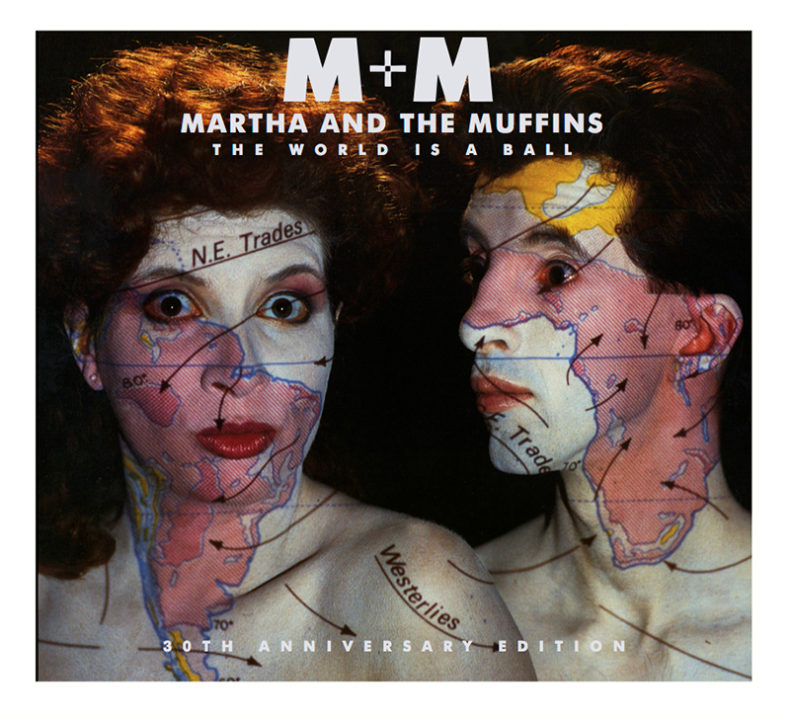 THE WORLD IS A BALL

The first things you notice when you sit down with Martha Johnson and Mark Gane (the core of Martha and The Muffins) is that they are warm, polite, smart, enthusiastic, and genuinely nice people. After all these years together (40 years in a band, and a couple for over 30 years), they are not jaded, love what they do, and are willing to share stories and a cup of tea. They are one of the most influential bands; they have produced an astounding catalog and are still finding enjoyment in creating new art and music.

I met with Mark and Martha to discuss their band, and the return of a much-loved album, The World Is A Ball, which is being reissued to many fans delight. It also marks its debut on CD (also available for download). This seems odd, since The World Is A Ball is an early digital recording. It was an album designed sonically for CD. Mark shrugs, “It was the record company’s decision, not ours. We could not understand it at the time, but we would have loved to see it on CD when it came out.”

I remember 1985 like it was yesterday. Sadly, it was not yesterday but 31 years ago, and I was working in radio (1350 CKAR). A promo single came in on Current Records by M + M. After listening to it once, I was struck by how well the song was produced, and the vocals, wow, just flew off the record. I knew two things: it was a guaranteed hit, and I knew it was Martha and the Muffins under the new name M + M.

Why the name change?  According to Mark, “It was a PR nightmare. But I always hated the name Martha and The Muffins. We came up with that name because we had formed, had a gig, and posters needed to be made. It was a reaction to the then current punk scene, but I always hated it.”  The CD is now credited to Martha and The Muffins, just to be clear. 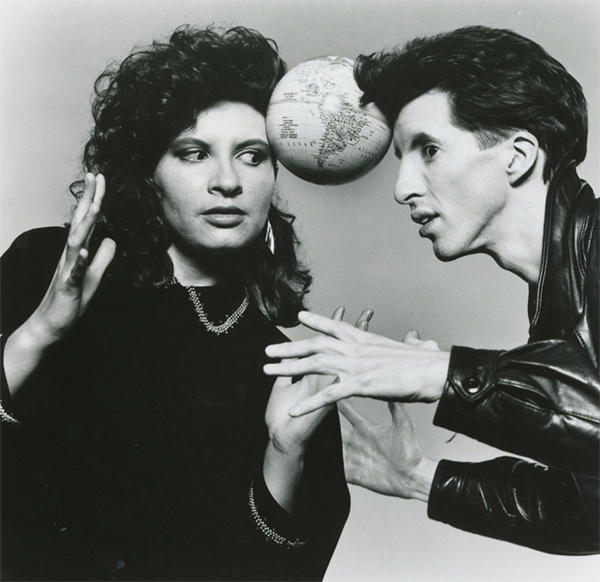 This is, in fact, the last of a reissue project started by Mark and Martha in 2002, with the first reissue being Metro Music.

“We are slow, maybe, but we want to make sure we please the fans,” says Mark. “We know how fortunate we are to do what we do, and our fans allow us to continue, so we try and take care of our fans. The key is putting out good product, that’s what lasts. And good product includes nice packaging, which is everything I loved about my favourite records in the past.”

For the record, these reissues have all been stellar; well put together, they sound great, and are all packaged beautifully. The World Is A Ball is no exception. “Mark worked really hard on this CD, weeding through boxes of pictures, finding the images that fit. He has done a brilliant job.” says Martha.

The World Is A Ball marked a change in producers. Their previous three albums had been co-produced by Daniel Lanois, but for
this one they worked with David Lord (producer for XTC, Peter Gabriel, Icehouse, Icicle Works). According to Mark, “Daniel thought we were ready to produce ourselves, but we wanted to work with a producer. We liked what he had done with XTC’s The Big Express, especially “Wake Up”, especially the ambient, layered ending. So, we met up in Toronto, and we played the demos we had worked on in our studio (Web Studios), and we went off to Bath to record the album.”

“David had a very unique way of working, a lot of rules,” recalls Mark. “Like, we did not record on weekends, which is unusual. We were in Bath, and the record company was paying for us to record and we had every weekend off. Also, David worked slow, recording individual notes, and assembling them. This produced a unique sound, but a long process.”

Mark is quick to add, “As much as I like the production, I really like the demos and wish I had included some of them with this reissue. With the demos, you hear the structure and the source of the songs without treatments.”

The musicians for this album are top notch players: Tony Levin (King Crimson, John Lennon) on stick, Ruby Turner on background vocals, Yogi Horton and Tinker Barfield (who worked with Martha and Mark on the Mystery Walk album), David Piltch on bass, and Mike Sloski on drums.  Quite the line-up.

The title of the album, The World Is A Ball, continued the Muffins tradition of intriguing and brilliant album titles. As Martha points out, “‘ball’ can mean a gala party, or it can mean the world is literally a ball. Either way, it illustrates the overall feeling of the album. I always found it interesting that this, their last album for a major label (RCA), features a map of the world projected on their face, while their first album featured a map of Toronto on the sleeve.  This demonstrates just how much Martha and Mark have grown over the years, both in their music and their scope.

Martha continues to live with Parkinson’s, and in her words, she is “dealing with it”. For the record, a percentage of the proceeds from the sale of this album go to support The Parkinson’s Resource Centre, Toronto.

Both of them keep busy. Martha continues to write and create new music. In February, Mark has an art show called Fitness Landscapes at The Carnegie Gallery in Dundas, which will run from February 3 to February 26. Mark will be there on February 3rd for the opening, and will be performing on February 18 with Ray Dillard. Mark is quick to point out that “this will not be a Martha and the Muffins show, but an improv concert to accompany the art”.

They are already planning their next project, which will involve Pledge Music again. They are planning a release of their classic Ontario Place concert from 1983 (the Dansparc tour). Fans have been waiting a long time for this release, so it will be more than welcomed. There is a lot to do, perhaps new music as well. Right now, the focus is on The World Is A Ball, a ball we can all attend and enjoy. It is time to become reconnected with this classic album.

Born and raised in Whitby, Aaron discovered music through his love of The Beatles. This led to a career in radio, writing for various publications, and ultimately a radio show about The Beatles (Beatles Universe), which ran for over four years. When not immersed in music, Aaron enjoys spending time with the loves of his life -- his wife Andrea, and daughters Emily and Linda (all of whom have an intense love of music too).
RELATED ARTICLES
featuresmark ganemartha and the muffins