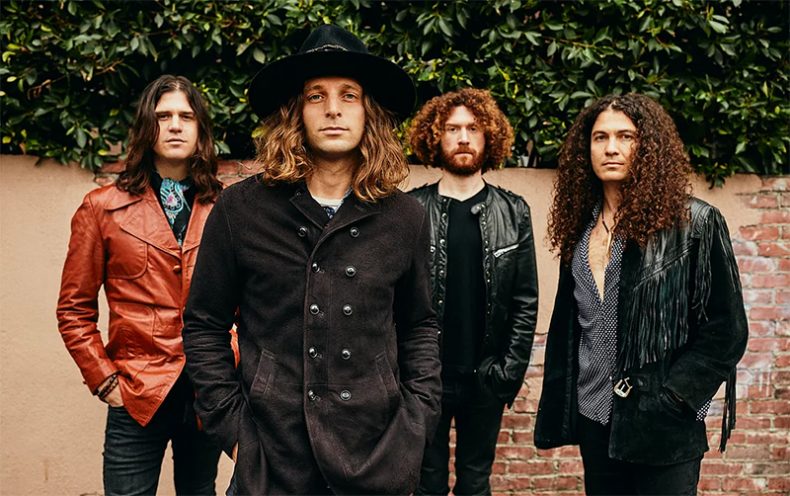 SOMEBODY HAS TO BE ON MUSHROOMS, RIGHT?

Dirty Honey, formed in 2010, are a band from a completely different era. Primally charged by the crunching guitar riffs of the ‘80s and an undeniable groove reminiscent of the ‘70s, the band feels like flipping through a crate of old records, while remaining fresh for the times. Their upcoming album, Dirty Honey LP, their debut full-length release and follow-up to their 2019 self-titled EP – establishes this more. Speaking on the making of the record, guitarist John Notto and bassist Justin Smolian tell the story of Dirty Honey and how this band truly exploded out of nowhere.

‘It’s a good lesson for just putting something in motion because you believe in it’, Notto claims in reference to their sudden rise in popularity that seemingly came out of nowhere. The two musicians agree that this rise however was the result of simply putting in the work, Notto adds ‘We were just working hard. The years leading up to that was all the grueling touring and building the fanbase… The moniker for that time was something like ‘screw it, we’ll pay for it later’… especially as labels turned us down or didn’t offer us a fair deal, we weren’t going to settle, which was really empowering to just keep going.’ There is no better way to phrase it, 2019 saw Dirty Honey blow up, making them the only independent artist to have a No. 1 on Billboard‘s Mainstream Rock chart ever. Throughout the year, they would sell out their entire headlining tour and would open for Gun N’ Roses, The Who, Slash, and Alter Bridge – Smolian adds ‘I think we all got choked up the first time we shared the stage with Slash’. With such success, the two musicians agree that it is a conscious decision to remain independent from a record label, with Smolian simply explaining, “there is just so much we stand to lose by signing… Unless, you know, they offer us $10,000,000” with Notto elaborating, ‘Has anyone ever made $10,000,000? We’ve already done all the heavy lifting ourselves – we don’t need any more cooks in the kitchen’. 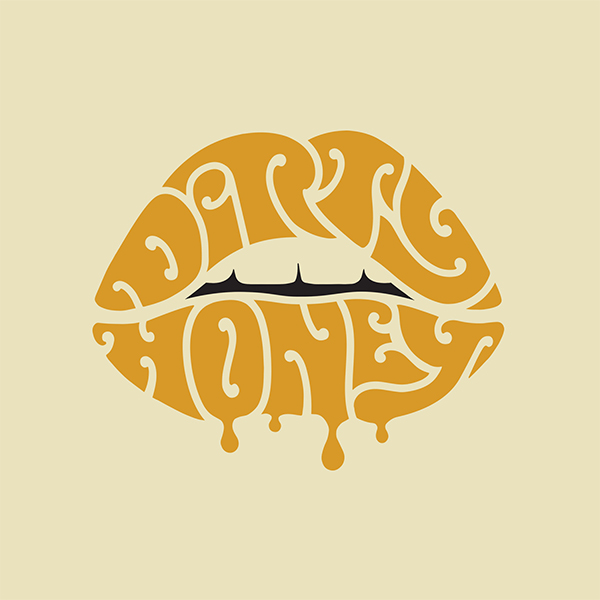 The Dirty Honey LP is an eight track rock ‘n’ roll record steeped in classic rock, the blues, and with a sublime layer of funk underneath it all. Recorded at Henson Studios over the course of six days in fall 2020 – “Bieber is in the next room, John Mayer is across the hall, it’s that kind of place” Notto laughs – however, the plan was drastically affected by the pandemic. Originally, the band was planning on heading to producer Nick DiDia’s (Pearl Jam, Rage Against The Machine, Stone Temple Pilots) studio in Australia, but the lockdown kicked in a day prior to their flight. Unable to leave Australia, DiDia managed to get the band booked at Henson in the fall and the band made the record in what is perhaps the most 2020 fashion ever, as Notto describes “we sent a live audio feed through Pro Tools to DiDia and he was able to talk back in our headphones in real time, and we set up Zoom so we could see him… It turned out to be seamless.’

The lead single for the album, “California Dreamin’”, was released earlier this year with a truly epic music video that pulls you in immediately through a trip across stunning California. Notto explains, ‘the song is about heading to California to chase your dreams, which three of us did” with Smolian – the only California native – interjecting with a laugh, ‘not me, I was born with it’. Smolian continues, ‘Mark [LaBelle, lead vocals] was a location scout for movies before the band, so he found all these incredible spots for us to film… That scene in the desert – I’m from California and I didn’t know that exists – was amazing, I took mushrooms while John ripped his solo – I felt like I was in The Doors movie’, with Notto adding, ‘somebody has to be on mushrooms, right?’. Shot over the course of five days, the band chose to focus on a more natural vision of California and avoided the landmarks for a remarkable visual that brings the song to life.

With “California Dreamin’”, along with the recently released “Tied Up”, and their upcoming album, Dirty Honey holds no punches in living up to its reputation as one of rock’s most promising bands. The sense of hype that surrounds the band is well-founded and is only bound to grow with this coming release. Driven by a nostalgic sound for the ‘70s, Dirty Honey are breathing new life into rock ‘n’ roll with an exciting and unique flair that sets them apart from their contemporaries of up-and-coming bands. Ultimately, however, it is not only the well-written and well-performed songs, but the classic rock vibe that sits with the band, delivering an effortless air of cool and a raw sense of danger that is often absent entirely from music these days, making Dirty Honey a band that you should absolutely watch out for.

A passion for music has always been a part of Gerrod’s life. As a young boy, he was raised on a steady diet of the music from The Chili Peppers, Aerosmith, The Stones, Prince, and others from his mum. Raised in the GTA, Gerrod continued to foster his love for music by attending a wide range of concerts and learning the drums. His unapologetic passion for music has no bounds and has spread to a wide variety of styles, whether it be the 90’s rock that sound tracked his teenage years, the jazz he studied in university, or his newfound love for hip-hop. He recently received his bachelors in music and education from York University and is passionate about writing and reviewing good (and less than good) music. Gerrod is also the drummer and songwriter for a Toronto based rock & roll band, One In The Chamber.
RELATED ARTICLES
california dreamin'dirty honeyfeatures
7.0