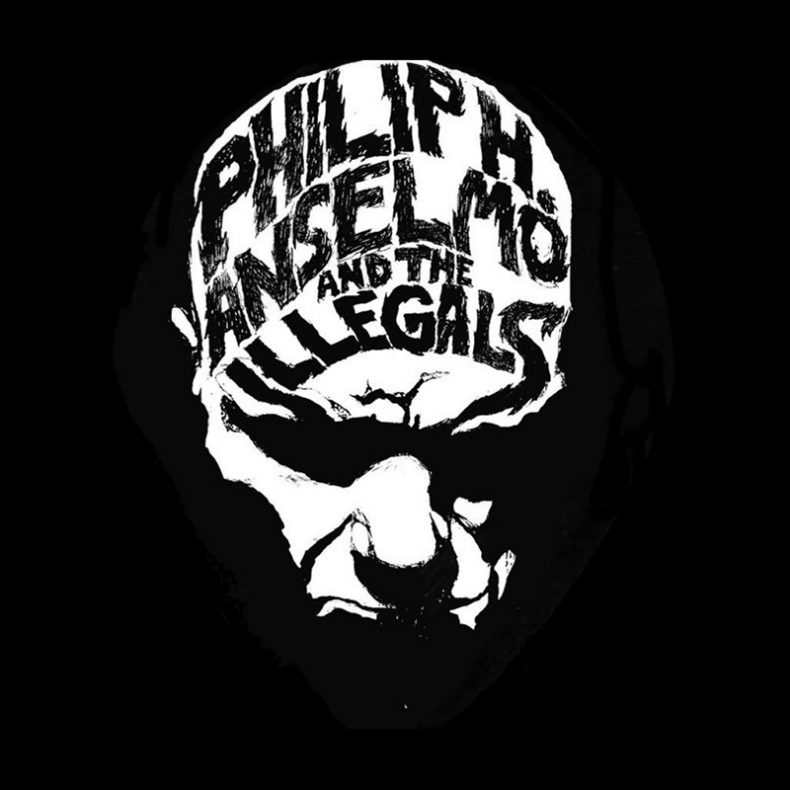 Throughout the last few years, Phil Anselmo and his current metal outfit, The Illegals, have taken to performing entire sets of classic Pantera material in homage to drummer Vinny Paul, who passed away in 2018, and guitarist Dimebag Darrell, who’s death in 2004 marked the official end of one of the greatest metal bands ever. Now, along with openers, King Parrot, Anselmo has brought his tribute, A Vulgar Display Of Pantera, to life in a live streamed concert that took place over the weekend on April 9, 2021, which demonstrated the incredibly heavy nature of The Illegals along with proving Anselmo’s worth as one of metal’s most enduring vocalists.

Opening the show with an absolute assault of modern thrash is Australia’s King Parrot. Performing out of a studio, the five-piece band played through a blistering 20-mins set that was as tight as it was heavy. Even without being familiar with their work, it was clear that the band blasted through their songs with an unmatched level of technical precision that was matched only by its visceral force. While expertly performed, the band’s mix was a bit off and would have benefitted from increasing the volume of the vocals; however, despite this, King Parrot put on an incredibly tight display of hardcore thrash. 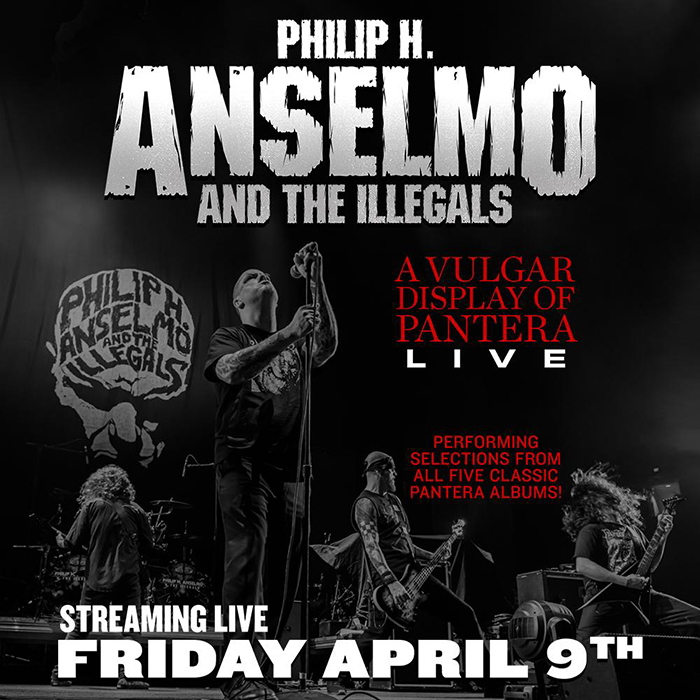 In an unexpected twist, Phil Anselmo & The Illegals opened their set with the acoustic Pantera track, “Suicide Note, Pt. 1”. This sole track provided a level of versatility and depth to Anselmo’s range, conviction, and artistry and kicked the concert off with a unique and slow burning tone. That is, however, until the band blasted into “A New Level”, followed by “Mouth For War”. The band performed through the groovy sludge fuelled metal capturing the tones and style that remains unique to Pantera. Anselmo – barefoot, sporting a cut-off shirt reading “classic not classy”, and centre stage – commands a sense of authority that demands all of your attention. Even while The Illegals are ripping it up over Pantera’s innovative songs and Dimebag’s solos, Anselmo is riveting with his brutal growl and power stance.

Over the course of an hour and a half, Anselmo & The Illegals performed a relentless set that hit like a sledgehammer to the side of the head. The band sounded massive over hits such as “This Love”, “I’m Broken”, “Becoming”, and “Walk” which featured Roman, a child from the audience, on vocals beside Anselmo. Following safety measures, the venue only had 50 people in the audience; however, the multi-shot and expertly recorded and mixed concert had quality crystal-clear quality for the over 10,000 people watching at home, to whom Anselmo took many occasions to wish well and hoped that they were enjoying the show. Additional highlights from this stunning array of classic Pantera material included “Fucking Hostile”, “Strength Beyond Strength”, “War Nerve” – Dimebag and Anselmo’s favourite track from 1996’s The Great Southern Trendkill – and the climatic closer, “The Trend Is Dead”. Seemingly performing an equal number of hits to deep cuts, Anselmo & The Illegals delivered a truly unique Pantera experience to fans.

While there is no replacing either Dimebag or Paul, Anselmo & The Illegals delivered a tribute to his fallen brothers in a manner that could only be matched – and likely surpassed -if Anselmo was to reunite with Rex Brown alongside a worthy guitarist and drummer – hear me out, Zakk Wylde and Chris Adler. Until that day, Anselmo is at the forefront of a Pantera revival that brings the music back to life while also solidifying his identity as one of metal’s most powerful voices. After an exhilarating performance, one thing is certainly clear: the legacy of Pantera is in excellent hands.

A passion for music has always been a part of Gerrod’s life. As a young boy, he was raised on a steady diet of the music from The Chili Peppers, Aerosmith, The Stones, Prince, and others from his mum. Raised in the GTA, Gerrod continued to foster his love for music by attending a wide range of concerts and learning the drums. His unapologetic passion for music has no bounds and has spread to a wide variety of styles, whether it be the 90’s rock that sound tracked his teenage years, the jazz he studied in university, or his newfound love for hip-hop. He recently received his bachelors in music and education from York University and is passionate about writing and reviewing good (and less than good) music. Gerrod is also the drummer and songwriter for a Toronto based rock & roll band, One In The Chamber.
RELATED ARTICLES
live reviewpanteraphil anselmo