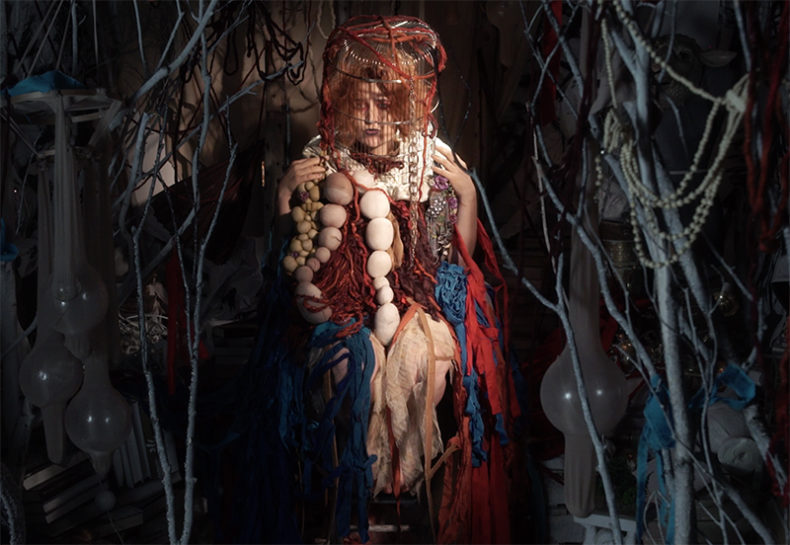 A CONVERSATION WITH ELLEN WARKENTINE

What reality have we created, and how much power do we have in its destruction? Ellen Warkentine addresses these questions head on in her debut solo album, Nonsense Mouth released on Monte Bre Records, based out of Long Beach, California.

Nonsense Mouth is a splendid yet frightening look into the brilliant mind of Warkentine, who is no stranger to the absurd and beautiful. In this labor of love we hear Warkentine at her very best, troubled by her chaotic musings, echoing through her powerful lyrics and complex melodies. Nonsense Mouth is one of the most listened to albums in my home of 2018, and with each listen I find new pieces to the puzzle that is Warkentine’s mind.

The six-song album, recorded at Big Ego Studios in Long Beach, CA, has a wide array of emotions that are arranged eloquently with brass, woodwinds and strings. The orchestrations are mixed perfectly with Warkentine’s timeless voice and pristine piano playing, making the listener feel that she is sitting right in front of you the entire time. The title track, “Nonsense Mouth”, starts with a vulnerable piano solo, and ends the track with a luxurious string quartet taking the listener through her pain to find her beauty.

In late June of 2018, I remember talking with Warkentine about her freshly mastered album; she knew back then that this album needed more than the typical release, that it was something to be experienced. “The music I make is essentially made for theatre, performance art. I love creating immersive experiences, playful ways to encounter and experience music. I wanted to live inside of the songs, and imagine what a journey through them would be.” 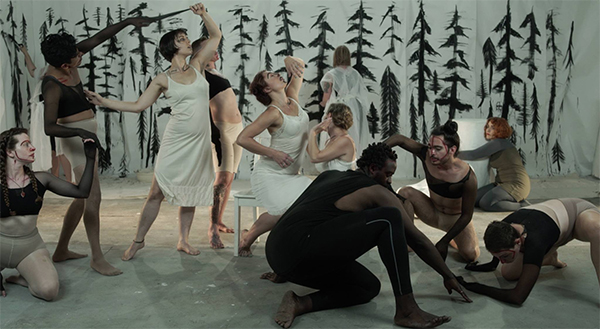 A STILL FROM THE VISUAL ALBUM NONSENSE MOUTH – #nonsensemouth

As a patron of the world premiere of Nonsense Mouth (A Visual Album) I was pleasantly surprised at the production of the visual component. Nonsense Mouth, the six-song visual album was filmed consecutively in six days and produced by a team of female film makers, including Director Anjela Vega, (Post Mortem Movement), Production Designer Danielle Kaufman, Dana Fytelson, Jaclyn Chessen and Lisa Tom. The result is a celebration of sanity and embracing your reality, whatever that is to the viewer. “This visual album is a “map” of individuation/personal evolution/ego breakdown… six songs and six individual music videos that explore the heroine’s journey based on Joseph Campbell’s monolith and the interpretation by Maureen Murdoch.

Warkentine invites us to take a seat in our own souls, and commit to purpose: “It’s very obvious what we’re supposed to do, we have these gifts, these resources, we have a choice to take the seat that has been offered to us.” As I sat in my seat at the Frida Theatre in Santa Ana, the almost sold out theatre was buzzing with excitement for the gift that Warkentine was ready to present. As the digital film flickered on the screen, the audience was welcomed with “Chapter One Thanatos” in old timey lettering as a luxurious harp played eloquently through the sound system. We are shown an open canvas of white with bodies moving all around in meticulous sticky movements. “The concept of the video is that no matter what beautiful chaos you are creating, no matter how messy it seems or your ability to take action within an impossible world, there is a steady reality moving around you, there is a divine imagination beyond your own that you are part of, in spite of your best efforts to remove yourself from it”.

Throughout the six-minute opening piece, the audience watches the blank canvas in the background slowly grow into a forest of trees, carefully painted by the shadows in Warkentine’s mind. Warkentine’s lyrics hit hard when she says “I forget what love means too easily, wandering too close to Thanatos.” When I asked her about why she wrote “Thanatos” she replied “I have decided to say yes to life. “Thanatos” is an appeal to the life force, to the divine imagination; a plea to be seen and known fully, and to know intimately the entirety of the human experience in its shadow and light. Thanatos is about the self-destructive impulse, the self-imposed cage of the ego, the old persona, childhood.”

Warkentine and company are excited to submit the visual album for the 2019 film festival circuit and will be screening it around Southern California before widely releasing.

by Andrew Marrocco on October 16, 2018
This Will Destroy You New Others Part Two Dark Operative With their critically acclaimed New Others Part One having been released on September 28th of this year and a [...]
8.0

by Elizabeth Andrews on April 14, 2017
Steph Cameron Daybreak Over Jackson Street Pheromone Recordings Steph Cameron made waves with her debut record Sad-Eyed Lonesome Lady (2014), an effort that garnered its fair [...]