SPILL FEATURE: THE REVIVAL MEETING – A CONVERSATION WITH HELEN MOUNTFORT OF MY FRIEND THE CHOCOLATE CAKE 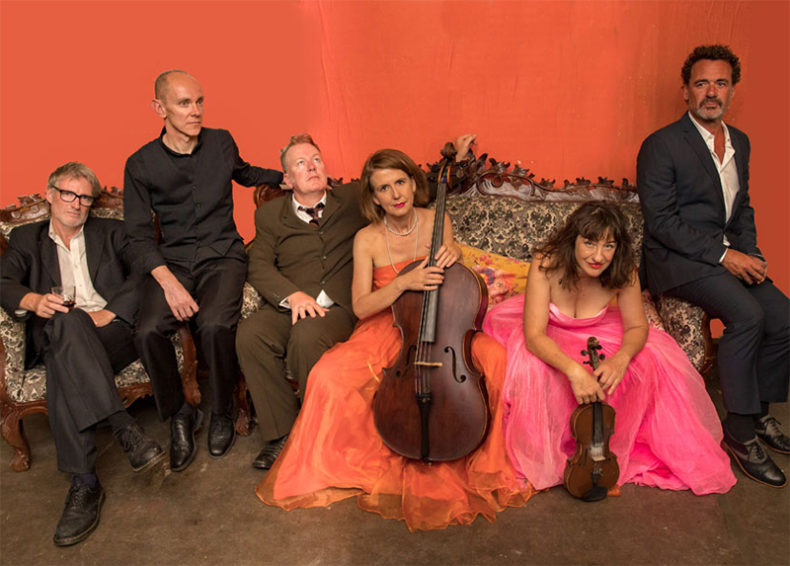 A CONVERSATION WITH HELEN MOUNTFORT OF MY FRIEND THE CHOCOLATE CAKE

My Friend the Chocolate Cake is an Australian band of note who have just released a new studio album, The Revival Meeting. This is their first studio album in several years and it has been worth the wait. According to co-founder and cellist Helen Mountfort, the long breaks between projects allow the members of the band to do other things.

“Dave will contact me and suggest we do something new, and I am always a bit suspicious. Do we have another album? But then we get working on the songs and we have an album,” said Helen during a recent conversation. “Because we have been doing this awhile, we have an idea of what the Cake sound is. But we are always looking for new sounds. So sometimes it takes a while. It is funny people always say, ‘oh you have reformed’, but the band never split.  We never went anywhere.”

Dave is David Bridie, co-founder of My Friend the Chocolate Cake. And Helen is being modest, as their new album, The Revival Meeting is one of the best releases this year.

The result was My Friend The Chocolate Cake.

“Dave came up with the name very quickly as we had a gig and needed something on the poster. The name comes from a song (by Sydney band Ya Ya Coralle) and it was never meant to last 28 years,” recalls Helen. 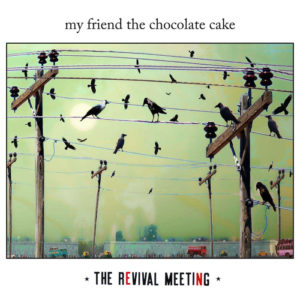 But a side project and one gig lead to three gigs, which lead to more shows, which eventually lead the band to record an album. From there the two split from Not Drowning, Waving so they could focus on My Friend The Chocolate Cake. The band’s reputation grew, and eventually earned them a performance at the Edinburgh Folk Festival.

And for the record, David Bridie is not a fan of the name, according to Helen it “drives him bonkers.”

Flash forward from 1989 to 2017 and the band is still going strong and has just released their seventh studio album, The Revival Meeting. For this album the band went away into the country and by the end of the week (which included many “country walks”), they had enough material to go into the studio and record. The album features songs with incredible lyrics, but also stunning instrumentals that add to the flow of the album. Everything fits together.

“We have always done instrumentals, and we treat them with the respect they deserve. It also gives Dave a break from singing, especially during concerts,” remarks Helen. “I love recording, play something well once, and it is there forever.”

That is not to say Helen or the rest of the band do not enjoy touring or doing live shows. The band is getting set for shows in Australia, which includes festivals (‘we enjoy doing festivals”) but it is not the traditional tours. The band plans on playing weekends in Australia (“this eliminates burnout from those long tours” says Helen). It also allows the band to stay close to home, with their families.

“I have two children, both of whom are interested in playing music, in fact I am playing cello on one of my son’s songs this weekend.  His music is more hip hop, really great music.  And my daughter is becoming an incredible cellist.”

As for Helen Mountfort, she, and the band, are getting set for some shows and playing the new album live for fans and recent converts.

“Basically, if you do the music you like, other people will like it. It is also about doing the music and enjoying the people you are playing with. The way music is now, it is more D.I.Y., cut out the middleman and connect with the fans.”

After 28 years, Helen Mountfort and David Birdie have done just that. They have made long lasting connections with their fans, and as a band, continue to grow.

The Revival Meeting is available now on CD, vinyl and streaming/download through Bandcamp HERE.

Born and raised in Whitby, Aaron discovered music through his love of The Beatles. This led to a career in radio, writing for various publications, and ultimately a radio show about The Beatles (Beatles Universe), which ran for over four years. When not immersed in music, Aaron enjoys spending time with the loves of his life -- his wife Andrea, and daughters Emily and Linda (all of whom have an intense love of music too).
RELATED ARTICLES
featuresmy friend the chocolate cakethe revival meeting