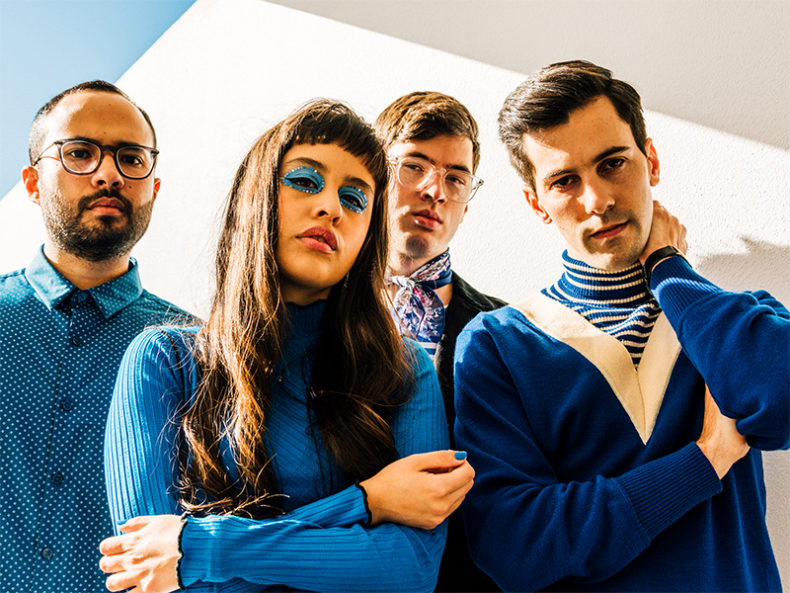 A CONVERSATION WITH WILD MOCCASINS

Zahira Gutierrez and Cody Swann, both from Houston, Texas, began playing music together in 2007. It was mostly for fun, but this musical partnership bloomed into the wonderfully original band, Wild Moccasins. Along with Gutierrez and Swann, Nicholas Cody (bassist), Andrew Lee (guitar) and Justin Martinez (drums) also joined the band. Martinez would later be replaced by John Baldwin in 2010. Avery Davis has since replaced Martinez. Lee also left the band. To add to the mix, Gutierrez and Cody were also a couple.

The name, Wild Moccasins does not have an interesting backstory. According to Swann, “no story behind it, we started the band when we were so young. We needed a name.” Gutierrez adds, “We were fighting in car, shouting things at each other, and I think these words just came together.”

Their first EP, Wild Moccasins, was released in 2008. This was followed by a second EP, Microscopic Metronomes in 2009. In 2010, the band signed to New West Records and released their first full length album, Skin Collison Past. In 2013, the band released 88 92 and proceeded to embark on a two year tour.

At the same time, Gutierrez and Swann were breaking up. Although they broke up as a couple, they stayed together in the band and completed the tour. They also wrote songs and recorded a new album, Look Together. It is hard not to compare them to Fleetwood Mac. Perhaps a lot less drama, but tension nonetheless. Look Together is Wild Moccasins’ Rumours. Not musically, but lyrically. 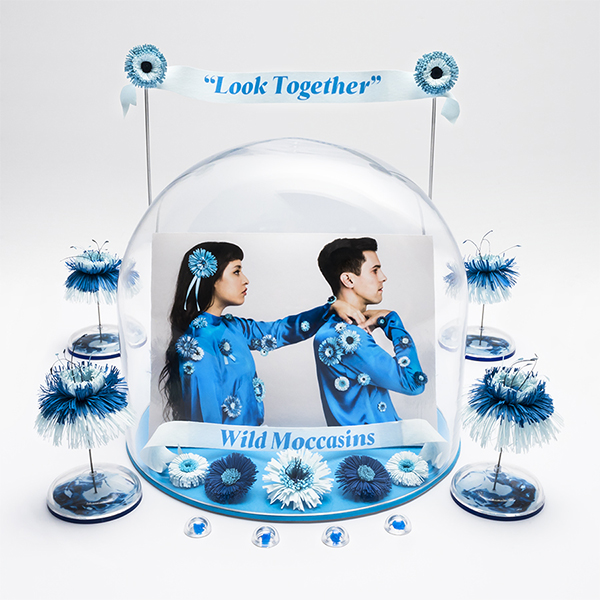 “The fans are so important to us, so we thought it would be worth it in the end,” says Gutierrez. “The album would be pure honesty. We kept going as friends, so maybe this could be a reality”. Adds Swann, “She would bring in what she was writing, and you know I am saying ‘you really have something here’”. According to Gutierrez, “going through the break-up, we got closer as friends. But in the beginning, it was like ‘Hey Cody, you really pissed me off, listen to this horrible thing I wrote about you’. The album became a dialogue.” “Then I would go away and come back with, ‘oh yeah, well, listen to this’”, remembers Swann.

Both Swann and Gutierrez laugh at this memory. But from this came a fantastic album, produced by Ben H. Allen (Animal Collective, Deerhunter, Gnarls Barkley). “Working with Ben, we always had someone in our corner,” says Swann. “He was constantly pushing us to not just lean on what we do best, but more. We did lots of writing for the album. The lyrics of Look Together are very honest. We had to re-evaluate everything, because we were losing members while our relationship was ending.” “He believed in me and believed in the band,” adds Gutierrez. “His name kept popping up when we listened to albums we liked. He was our pick for a producer. So we emailed him, and we agreed to meet up and see if we got along. Spend time together, because you got to feel each other out. For this album, we really wanted to get out of our comfort zone”

The first single from Look Together is the catchy and melodic “Boyish Wave”. Gutierrez comments about the song, “It is about reconditioning what you can and cannot do. Who you can and cannot date. People always tell you these things. But Cody wrote the song because he is single.” Swann picks up from there, “It is about being in the moment. Girl/guy thing and boyish sums it up. Just coming up with an adjective to describe behaviour. Really, it is about don’t get into the vicious cycle and looking at yourself as damaged goods.”

The band will be embarking on tour to promote the album, but as of yet there are no Canadian Dates. “We would love to play Canada,” says Swann. “We will be playing a lot from the new album. We are so excited to play it live,” adds Gutierrez.

Wild Moccasins have come up with a brilliant album and managed to stay together through difficult and stressful times. But the end result is a band of friends and material for great lyrics.

Born and raised in Whitby, Aaron discovered music through his love of The Beatles. This led to a career in radio, writing for various publications, and ultimately a radio show about The Beatles (Beatles Universe), which ran for over four years. When not immersed in music, Aaron enjoys spending time with the loves of his life -- his wife Andrea, and daughters Emily and Linda (all of whom have an intense love of music too).
RELATED ARTICLES
boyish wavecody swannfeatures
7.0