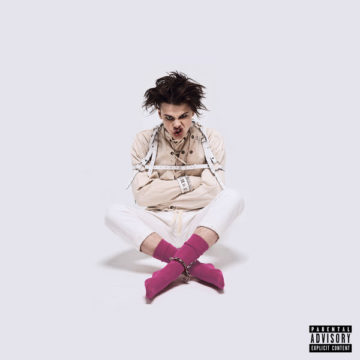 With thoughtful lyricism, poetic delivery and a mix of genres that create a chaotic beauty missing from most courageous efforts in music today, Yorkshire-born Yungblud’s debut album 21st Century Liability offers more than enough for everybody.

The album touches on basic human emotion and the political and societal problems faced in the world today and tells these stories against the backdrop of Yungblud’s raw talent and musical stylings.

“Doctor Doctor” couples a new age hip-hop vibe with a simply beautiful riff reminiscent of those found in the early days of Lynyrd Skynyrd, creating a whole new genre that Yungblud pulls off perfectly.

The energy in Yungblud’s delivery brings life to the thought-provoking lyrics that are found in every song on the album. The flawless storytelling in “Polygraph Eyes” takes a rampant issue in today’s society and calls action to the perpetrator in such a real way it’ll remain in your mind long after listening. The goosebump-inducing sincerity in Yungblud’s lyrical approach makes the experience feel ever too real.

The album speaks to the younger generation with its ever-so-relatable content about sexual assault, anxiety, depression and being gravely misunderstood personally and across the grand scale. It gives the older generation a glimpse into what it’s really like to be young today and the problems young people face. With such strong conviction in the lyrics and the catchy combination of hip-hop and rock roll, 21st Century Liability manages to really say something without sacrificing musical prowess.

Touching on almost all the problems faced across the globe today, both personal and on the grand scale, 21st Century Liability courageously shines a whole new light on the conversations that are already being had and breathes life into the human experience.

Yungblud may be new on the scene but with a debut album of such a high caliber, it would be no surprise that the talented musician will be here to stay and 21st Century Liability is just the beginning of the breath of fresh air he’s bound to breathe into the music scene.

Angelica is a Freelance Writer based in Toronto, ON. Her passion for music started at a young age when she received a guitar for her birthday, and it has taken over her life in the best possible way ever since. When she’s not searching for additions to her vinyl collection, discovering new upcoming bands on Spotify, or attending any live show she can get tickets to, she can be found in her room jamming on her guitar.
RELATED ARTICLES
album reviewalbum reviewsalternative rock
8.0