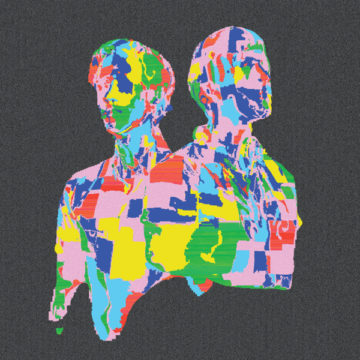 We Are Scientists
Megaplex: Rise of the Lycans
Grönland Records

Powerpop duo, We Are Scientists, released the deluxe version of their 2018 album Megaplex, under the name, Megaplex: Rise of the Lycans, on April 19. Let it be noted that We Are Scientists follow a strict 10-song-per-album formula, however, Megaplex: Rise of the Lycans includes four additional acoustic songs, three full band bonus tracks, five demo tracks, and one remix. We Are Scientists describe the difference between a deluxe and ‘normal’ album like when you eat at a buffet and pile all sorts of mismatched food on your plate, but you’re ecstatic, because of the indulgent madness of it all.

Remix, “Your Song Has Changed”, takes a step back from the edgy, harsher tones taken in the original Megaplex version. This lighter take makes the track personable, which does the staunch lyrical discussion justice. “You Failed” feels like a harrowing throwback to school, but with the repeat of the words “test of a lifetime”, the song is telling you that, ya fucked up girl. “Properties of Perception” has a Beach Boys vibe with the classic sound of harmonised vocals accompanied by a peppy guitar strum. Slower in build-up, “No Wait at Five Leaves” takes the harmonized vocals and turns them into a slightly sadistic, methodic chant.

This collection is definitely all you can eat. By breaking their 10-songs-per-album rule by throwing in 13 demos and remixes, We Are Scientists experiment with their sound on Megaplex: The Rise of the Lycans which, from a fan’s perspective, concludes with a positive hypothesis.

The Spill Magazine is a Toronto-based online publication dedicated to covering the independent music scene with a strong focus on our thriving hometown talent. Our writers bring you up-to-date news, in-depth features on musicians and reviews for the latest CD releases. We also travel to the front lines for all local festivals including Canadian Music Week and North by Northeast. Don’t forget to check out our Facebook and Twitter pages for all daily Spill updates.
RELATED ARTICLES
album reviewalbum reviewswe are scientists
7.0