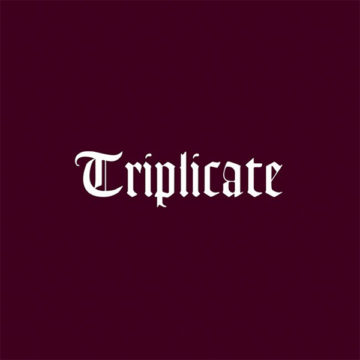 Studio album number 38 for Mr. Bob Dylan and, as usual, it is a big event.  This is his first ever studio triple album set.  It is also his first album since 2016’s Fallen Angels.  Triplicate is a triple album set, with each album having ten songs, and each album being a theme.  Record one is “‘Til The Sun Goes Down”, Record two “Devil Dolls” and Record three, “Comin’ Home Late”.

Dylan has never sounded better, and he has not sounded this content in years.  He does not seem to care about sales, critics, response, no, he cares about the music and the music has to speak to him.  This music speaks to him.  Dylan is an avid record collector, and has amassed an incredible collection of ‘78’s, singles and albums.  More than collecting, he has listened, absorbed and memorized every single one of them. If you read the Robbie Robertson autobiography (Testimony), Robertson goes into great detail about the amount of songs Dylan knows just off the top of his head.  Also, fans of his radio show know he is no stranger to these classics.

Yet, Dylan does not treat this music as nostalgia, or memories.  These songs are as alive to Dylan as if they were written yesterday.  The album does have an ‘old’ feel, but that has more to do with the production than anything else.  Dylan sings his heart out and his voice is in fine form, as good as anything he has produced.

He produced the album, under his usual production alias, Jack Frost, who made his first appearance as a producer in 2001 for Love and Theft.  Dylan also uses his touring band, and recorded the album in famed Capitol Studios (where in  2012 Paul McCartney made a similar album, Kisses On The Bottom).  Charlie Sexton and Dean Parks provide some of the perfect musical accompaniment to suit Dylan’s voice. 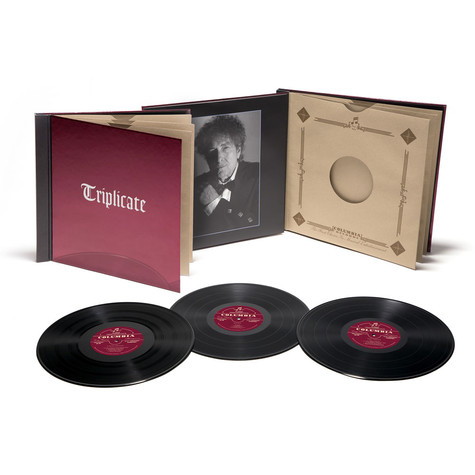 The songs themselves are a mix of familiar standards and some more obscure songs.  A great many of these songs have been covered by many artists, but here Dylan makes them his own.  He does not so much go back to the original arrangement, but rather take them and mold the songs into a Dylan song.  “Stormy Weather” a highlight for me, features subtle playing and Dylan’s heartbreaking vocal.  But this is just one highlight, all 30 songs work, and  his themes work as well.

This is perhaps one of the most important releases of the year.  Dylan continues to explore his inner most feelings with the use of these songs.  He is able to express a great deal with a song, such as “These Foolish Things”.  One can’t help but think it would have fit nicely on Blood on the Tracks.  But here it sits along “You Go To My Head”.  But that’s not why the album is so important.  Here is one of the greatest artists of all time ending a sprawling triple album set with the heartbreaking songs “It’s Funny To Everyone But Me” (featuring the last line “It’s so funny I still love you, it’s the joke of the century.  It’s funny to everyone but me”) and “Why Was I Born” (“to love you?” Dylan asks at the end).  Here Dylan is not making a protest, a world wide statement, but he is expressing the need for love.  Simplistic, maybe, basic, sure, but I defy you to find many more heartfelt pleas today.

Dylan is turning 76 in May.  He continues to tour and his output is staggering.  Between reissues, box sets, unreleased material (the Bootleg series) and new recordings, the man simply does not stop.  He was even awarded a Nobel Prize for literature (long long  long overdue).  Although he has not written any new songs since 2012’s Tempest album, he continues to create and move his audience.

Triplicate may be his defining moment this decade.  It will certainly be hard to top and certainly shows that Dylan is committed to this music.  When he released his first album of standards, in 2015 (Shadows In The Night), it was assumed to be a one of.  But Dylan does not do things by half.  He uses these songs to express a great deal, while still seemingly having some fun.  At times you can hear the smile in his voice (“Braggin’” and “Imagination”) and you can hear the pain in his voice (the last half of record three).

Born and raised in Whitby, Aaron discovered music through his love of The Beatles. This led to a career in radio, writing for various publications, and ultimately a radio show about The Beatles (Beatles Universe), which ran for over four years. When not immersed in music, Aaron enjoys spending time with the loves of his life -- his wife Andrea, and daughters Emily and Linda (all of whom have an intense love of music too).
RELATED ARTICLES
album reviewsbob dylansony music canada
10