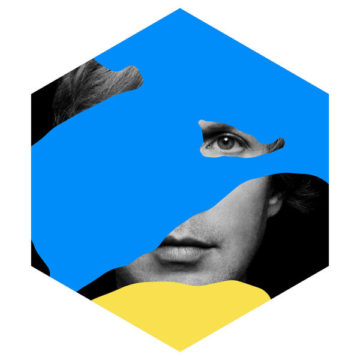 Some days you just need mind-warping ear candy. So it’s a good thing that Beck is always ready to deliver.

Beck is back with his 13th studio album Colors, his first full length with new material since the success of his album Morning Phase witch won three awards at the 57th Annual Grammy Awards: Album of the Year, Best Engineered Album (Non-Classical), and Best Rock Album. Morning Phase marked a dramatic shift for the artist with its moody atmosphere and unsettling atmospheric tracks like “Wave.”

Obviously, Colors has some pretty big album-shoes to fill.

Thankfully, Beck delivers his usual auditory mix of experimental pop on his latest album. The ever morphing sound that has become his signature is definitely a steadfast treat. However, Beck shifted back to his usual upbeat tempo combined with deeply poetic and imagery heavy lyrics in Colors. Many of the tracks bring to mind his past hits like “Girl.”

The direct contrast in sound and tempo between the albums is startling. Colors feels upbeat and optimistic. Each track is a powerful jolt of energy that surpasses even a good cup of coffee.

Kicking off the album is the title track with its smorgasbord of sounds: everything from retro synthesizers to pan flutes. This sets the tone for the entire album. Each song is a distinct entity with its own theme and its own collection of tones. Perhaps the only thing that ties them together is their uniqueness.

But Beck didn’t haphazardly toss a multitude of sounds together. There is a maturity to his latest compositions. The lyrics explore intricate and existential questions, but they are mashed together more like a string of consciousness. “I’m So Free,” which features additional vocals by Feist, is perhaps the best example of this lyrical complexity.

Colors is a psychedelic pop soundscape that is definitely worth checking out.

Music has always been a big part of Samantha’s life. Whether it was singing with a choir, reading music and playing instruments, or staying up well into the wee morning hours just to listen to the international music program on the radio, for Samantha music was as essential as breathing. One day, Samantha noticed that writing, her other obsession, always seemed to flow alongside music, and the two elements of Samantha’s life co-mingled for years. While at university, Samantha discovered that her passions could be put to use, and she embarked on the path of a music journalist. To date she has written many music reviews, news posts, and interviews and so far her work has appeared in The Voice Magazine, The Scene Magazine, and The Spill Magazine, as well as on her own website.
RELATED ARTICLES
album reviewsbeckcapitol records
9.0