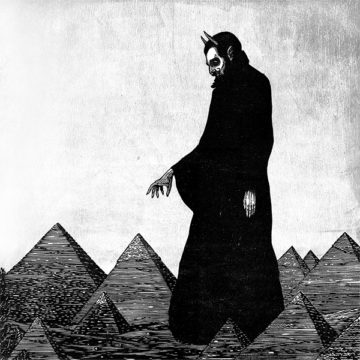 The Afghan Whigs continue to fill the air with their hypnotic and melodically satisfying music as they release their eighth album since 1988 (if you don’t include their two re-releases, a cover album, and their retrospective album).

In Spades, the follow up to their 2014 comeback release Do to the Beast, is a bit of a ride to say the least. With every track giving you something new and satiating, the album leaves little to be desired. Mixing smooth R&B sound with powerful rock tones, In Spades nicely juxtaposes a seductive darkness with melodic beauty. When beheld within the context of past albums, you can really feel a maturity in the music. The album also has a very well-rounded sound that balances the eerie, sombre themes with the energetic and hypnotic ones. In “Arabian Heights” we’re treated to a driven, up-tempo eeriness with creative, cerebral lyrics, while the layers of strings in “Oriole” are intoxicating and suit the almost plea-like theme of the song in a very poetic way.

It’s always good to see a band that has been around this long continue to pump out music that can show you not only that they still have it, but that they can improve upon it. In Spades offers a familiar yet novel feel that is sure to satisfy long-time fans as well as draw in new ones. I definitely recommend giving it a listen.

Born in St. John's, Newfoundland. Live in Edmonton, Alberta. I play guitar, drums and harmonica and just generally love music. I love playing it, writing it, and just being a part of it. Photography is also a huge part of my life and I'm glad to have found a way to combine my passions.
RELATED ARTICLES
album reviewssub popthe afghan whigs
8.0