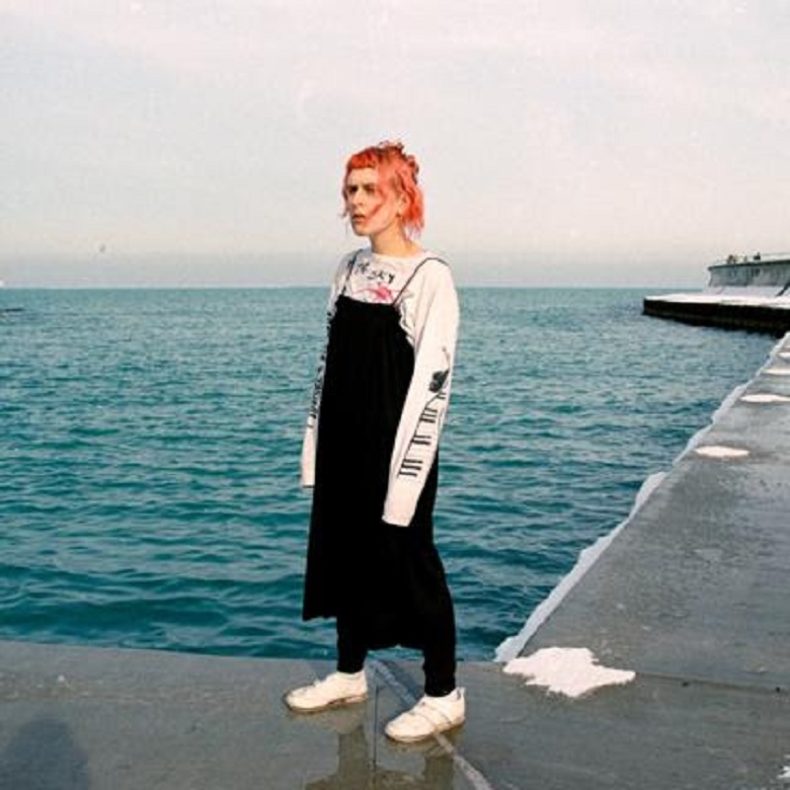 SUPPORTING WHY? AND LVL UP ON AUGUST DATES

Lala Lala, the Chicago-based project of Lillie West, has signed to Hardly Art, which will release her new album The Lamb on September 28, 2018. Lala Lala has released the video for lead single “Destroyer.”  Directed by West and Brielle Brilliant, the video finds West protecting herself in an ongoing fight against destroyers. She says the song “is about retroactively realizing your feelings and trying to figure out what happened to get you where you are. Feeling out of control and like you’re stuck in a feedback loop.”

“The Lamb was written during a time of intense paranoia after a home invasion, deaths of loved ones and general violence around me and my friends,” says West. “I started to frequently and vividly imagine the end of the world, often becoming too frightened to leave my house. This led me to spend a lot of time examining my relationships and the choices I’d made, often wondering if they were correct and/or kind.”

West initially started Lala Lala as a way to communicate things that she felt she could never say out loud. But on The Lamb, her sophomore LP and debut for Hardly Art, she has found strength in vulnerability. Through bracing hooks and sharp lyrics, the 24-year-old songwriter and guitarist illustrates a nuanced look on her own adulthood, her fraught insecurity, struggles with addiction, and the loss of several people close to her.

Originally from London, West moved with her family to Los Angeles, where she spent her teenage years, and later to Chicago, where she enrolled at the School of the Art Institute of Chicago. Inspired by those cities’ DIY music communities, she started Lala Lala as an outlet where she could process her new experiences, which often involved toxic relationships and partying around the city with beloved friends. The turbulence in West’s life throughout that period resulted in an abrasive but tender debut album, Sleepyhead (self-released, 2016). West decided to quit drinking, and she began booking her own DIY tours across the country. Sobriety provided her with a newfound sense of self and clarity, and she began writing the songs for The Lamb while also starting the process of re-learning how to live her life.

After testing a handful of the new songs while on the road, The Lamb’s final form came together while recording at Rose Raft Studio in rural Illinois. Performed by West with Emily Kempf on bass/backup vocals and Ben Leach on drums, the musical arrangements of the album — blending post punk with dream pop influences that incorporate vibrant synths, a drum machine, and even saxophone, find a balance between light and dark, reinforcing these dynamic and intimate songs that will surely resonate.

Lala Lala have announced August dates supporting Why? and LVL UP.

SPILL NEWS strives to keep our readers up to date with news and events in the music industry. We keep you informed of the most recent information regarding new releases, tour dates, and information items about your favourite artists.
RELATED ARTICLES
hardly artnews
8.0

by Nicholas Fazio on February 19, 2016
Gazebos Die Alone Hardly Art One element of music that continues to smash windows of expectation, regardless of decade, genre or nationality, is a voice. Someone with something to say and a new [...]