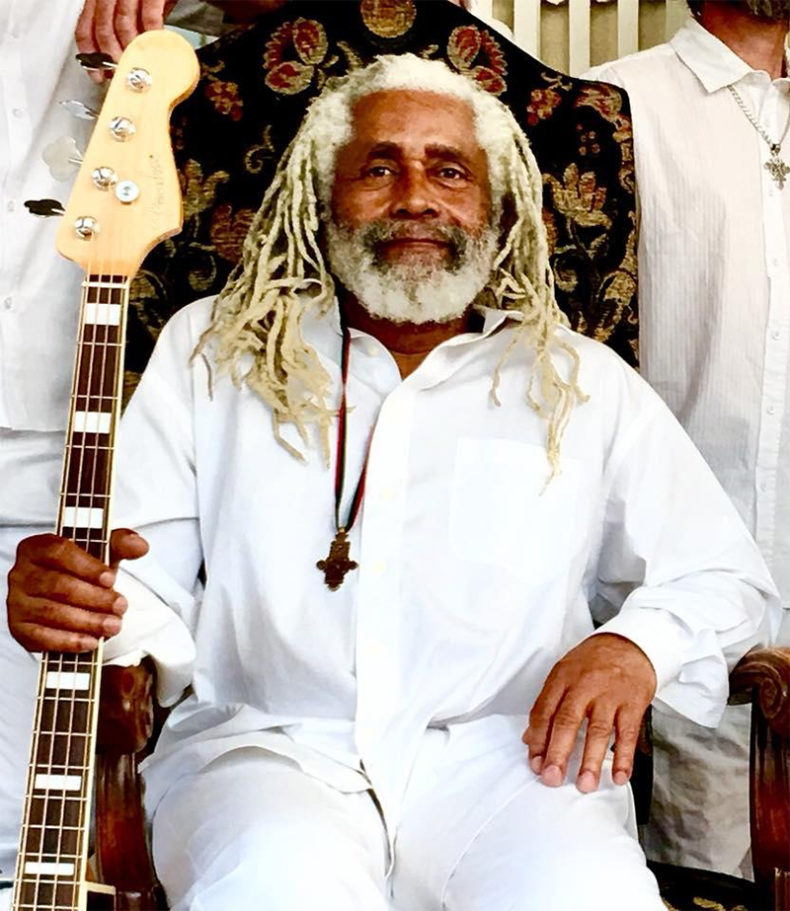 The Canadian music community lost one of its most treasured and prolific members today. Garry Lowe passed away in the early morning hours of Saturday, July 7th, 2018 following a private two-year battle with cancer. He was 65.

Garry Lowe was long heralded and admired for not only his extensive musical talents, especially with Gordie Johnson and Big Sugar, but also for his infectious energies of love, humanity, humour, and kindness.

Born in Kingston, Jamaica, Garry moved to Canada in 1976 at the age of 22, and began playing bass with reggae legend Jackie Mittoo. He joined Big Sugar in 1994, touring and recording many of their most classic and notable records. One of his most recent and final appearances was with Big Sugar and Alex Lifeson of Rush.

“We lost our dear brother and sweet friend Garry this morning,” shares Gordie Johnson. “He was my greatest musical collaborator, our wisest elder. We were blessed to be on life’s journey together.”

“We were blessed to know him and share his music. Please remember Garry Lowe in all your thoughts and prayers.”

“Rally round the Lion.”

SPILL NEWS strives to keep our readers up to date with news and events in the music industry. We keep you informed of the most recent information regarding new releases, tour dates, and information items about your favourite artists.
RELATED ARTICLES
big sugargordie johnsonjackie mittoo
8.0

by Norman Darwen on September 25, 2020
Big Sugar Hemi-Vision (Deluxe Edition) Universal Music A quarter of a century on from its original release, the platinum-selling Hemi-Vision gets the big “deluxe” treatment. [...]