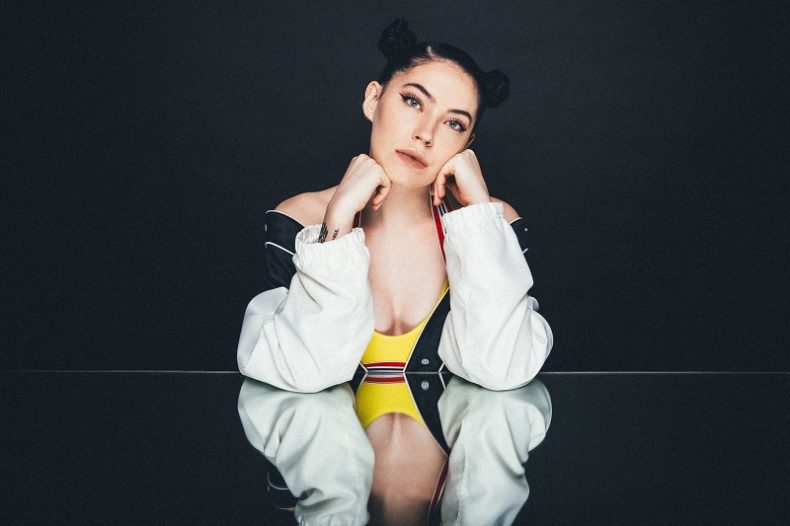 DEBUT ALBUM CHURCH OF SCARS OUT NOW, DEBUTS AT #1 ON ALTERNATIVE ITUNES CHART AND TOP 10 ON THE BILLBOARD TOP ALBUM CHART

Born in London to Scottish parents, Bishop Briggs grew up in Japan and Hong Kong. Days after graduating high school, she moved to Los Angeles where, after years of performing at any venue that would have her, she was discovered in a small hole-in-the-wall by a former-A&R rep and the rest was history.  The music of Bishop Briggs transcends the limitations of singular genres, blending folk, pop and electronic music into a wholly unique sound.  Her debut track “Wild Horses” reached #1 on Spotify’s US Viral Chart and #2 on Spotify’s Global Viral 50 charts, with airplay on Sirius XM’s Alt Nation, Zane Lowe’s Beats 1 Show and a prized spot in Acura’s 2016 TLX and ESPN’s NFL Playoffs ads. She followed up with the RIAA-certified gold single, “River,” a searing and cathartic track that captured the attention of tastemakers and gatekeepers and rose to #3 on the Alternative chart with 211 million global streams. The emergence of Bishop Briggs in 2017 was triggered by her critically acclaimed self-titled Bishop Briggs EP, her sold out debut headlining tour, and live performance slots opening for Coldplay, Kaleo, alt-J, and Bleachers. The release of “White Flag”, her debut critically acclaimed album Church of Scars, underscored by her current headlining North American and European tour, proclaim the arrival of Bishop Briggs as one of 2018’s most important breakout artists.

SPILL NEWS strives to keep our readers up to date with news and events in the music industry. We keep you informed of the most recent information regarding new releases, tour dates, and information items about your favourite artists.
RELATED ARTICLES
bishop briggschurch of scarsisland records
7.0

by Br. on April 20, 2018
Bishop Briggs Church Of Scars Island Records An album three years in the making, Church of Scars is the official full-length debut of Scottish-born, Los Angeles-based singer Bishop [...]