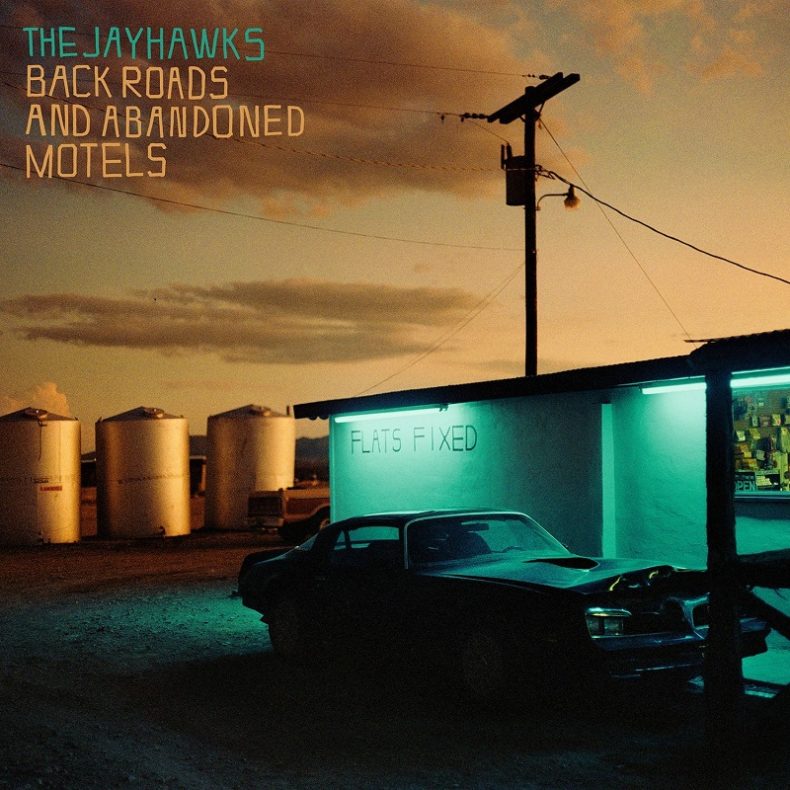 Legacy Recordings, a division of Sony Music Entertainment, will release Back Roads and Abandoned Motels, a new studio album from The Jayhawks, on Friday, July 13.

Available in Digital, CD, and 12″ vinyl formats, Back Roads and Abandoned Motels is The Jayhawks’ tenth studio album and first for Legacy Recordings (who issued the group’s first compilation, Music From The North Country – The Jayhawks Anthology, in 2009 followed by releases of expanded Legacy Editions of the group’s fabled American breakout titles–Hollywood Town Hall and Tomorrow the Green Grass–in 2011).

Following the release of Back Roads and Abandoned Motels, The Jayhawks will perform select concert dates throughout 2018 beginning with a performance at the BRIC Celebrate Brooklyn! Festival on June 16.

Produced by Gary Louris, John Jackson and Ed Ackerson at Flowers Studio, Minneapolis, Back Roads and Abandoned Motels sets nine songs co-written by Louris with other artists alongside two of Gary’s latest compositions.

Recorded in two soulful sessions in 2017, Back Roads and Abandoned Motels finds the current incarnation of The Jayhawks —  Louris (vocals, acoustic and electric guitars), Marc Perlman (bass), Tim O’Reagan (vocals, drums, percussion), Karen Grotberg (vocals, piano, keyboards), John Jackson (mandolin, violin, acoustic guitar) — expanding the group’s repertoire with 11 new performances of Gary’s songs.  Karen and Tim each sing lead on two songs on the album. Tim performs “Gonna Be a Darkness” and “Long Time Ago” while Karen takes lead vocals (for the first time on a Jayhawks album) on the opener, “Come Cryin’ to Me (featuring a soulful horn section arranged by David Ralicke) and on “El Dorado.”

Back Roads and Abandoned Motels debuts two of Gary’s latest songs, “Carry You To Safety” and “Leaving Detroit.”

For more than three decades, The Jayhawks’ deeply melodic, harmony-rich blend of rock, folk and country have earned them consistent praise from fans and critics alike. Back Roads and Abandoned Motels expands the group’s repertoire with brand-new recordings of songs that frontman Gary Louris has co-written with other acts.

“If you want a chorus, you’d better call Louris,” it’s been said and Gary’s tackle-box of hooks and easy approach to collaboration have made him an in-demand songwriting partner. He co-wrote four songs with the Dixie Chicks on their Grammy Award-winning album Taking The Long Way (2006) and later contributed to Mother, the 2013 solo debut by Natalie Maines, the group’s lead singer. Louris has also collaborated with such notable singer-songwriters as Jakob Dylan and Ari Hest, along with country and rock acts like Carrie Rodriguez and Wild Feathers.

Back Roads And Abandoned Motels Tracklist

SPILL NEWS strives to keep our readers up to date with news and events in the music industry. We keep you informed of the most recent information regarding new releases, tour dates, and information items about your favourite artists.
RELATED ARTICLES
legacy recordingsnew albumnew release

by Ljubinko Zivkovic on November 8, 2021
Willie Nelson The Willie Nelson Family Legacy Recordings Even with all Willie Nelson fans there was always a sense of familiarity whenever one of the greatest country (and [...]