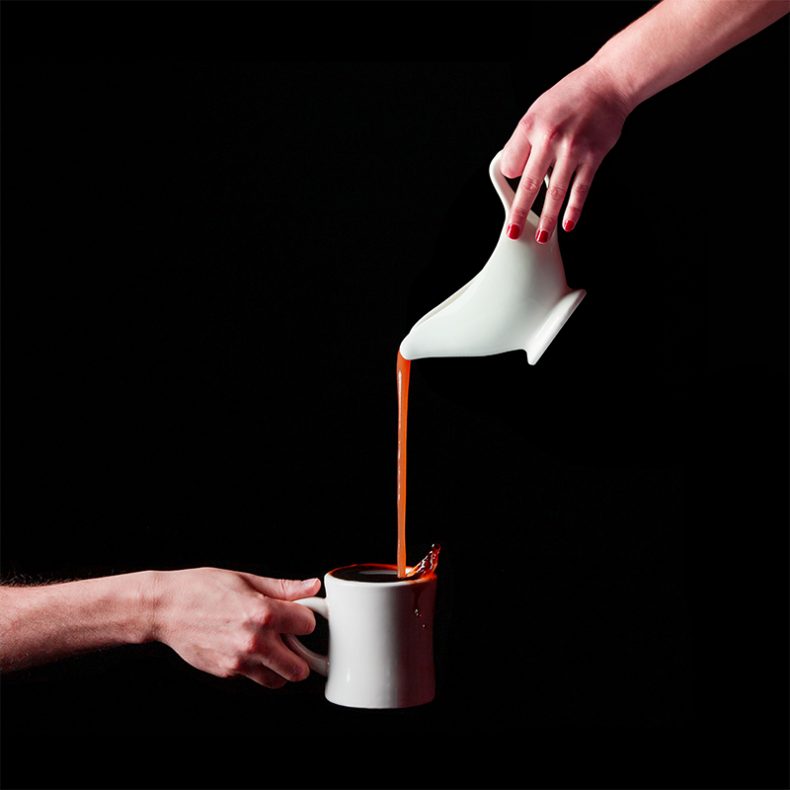 Can I freshen up your drink? Gravy In My Coffee is the stylistically far-reaching sophomore release from duo Woody and Jeremy. It may surprise you with its depth of emotion and complexity. Less fusion-cooking and more à la carte dining, Gravy In My Coffee is a crowded plate where punk, funk, indie and psych sit side-by-side, smothered in delicious homemade gravy. What is the unifying secret which brings the meal together? “Self-loathing?” Jeremy wonders. “Drum sounds?” says Woody. We think maybe, friendship?

While their first album found a more strict divide between Woody’s role as composer and Jeremy’s as lyricist, here the lines blur, resulting in an increased palette of genres and lyrics. The lyrical approach of the album lays bare coping mechanisms developed to deal with the extreme precarity of life on earth: equal parts humor, absurdism, cynicism and earnestness, but always seeping in from the corners, the simmering fear of our potential apocalypses.

The album, recorded with a band of top-tier Chicago musicians, is not afraid to wear its references on its sleeve, to the point that there’s literally a song about Cass Mccombs buying a loaf of bread on the record. Other references flavoring this gravy are the likes of Ween, Wilco, R.E.M. Buzzcocks, and a plethora of other bands a slightly-too-cool dad may force you to listen to.

Woody is best known as the keyboardist for the hugely successful funk group Vulfpeck, but he and Jeremy have been creating music together since before that band’s inception. They cut their teeth in the basements of Ann Arbor, Michigan, relying heavily on improvisation and extreme emotional catharsis onstage, often to the discomfort of audiences. That DNA is still running through Gravy In My Coffee: an urge to experiment, confuse, and maybe even brighten your day.

“‘He’s Cass McCombs’ is a light-hearted, international funk style jaunt through a day in the life of the American master of indie, and our hero, Cass McCombs. We find Cass going to the store to buy bread (for toast) and returning home. But during this simple errand we learn many things about the mysterious troubadour’s character as well. With a second hand blessing from man himself we release this track into the world not as Woody and Jeremy but as apostles of McCombs.” ~Woody and Jeremy