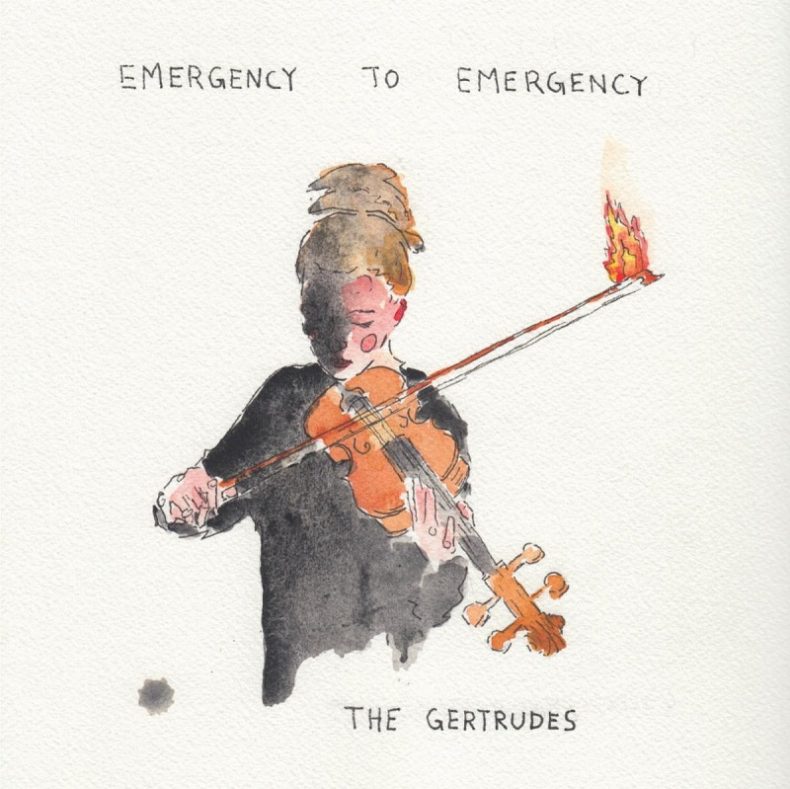 Kingston Ontario’s The Gertrudes, continue to sing about ongoing emergencies in their hometown, including the current housing crisis, with their new music video “Boys’ Town” (from the 2021 release Emergency To Emergency, Wolfe Island Records / Zunior). On their quest to shed light onto the urgent needs of Kingston and the surrounding area, The Gertrudes dedicate themselves and their music to community and charitable efforts.

“… The Gertrudes’ “Boys’ Town” music video reflects on the 1969 documentary Dear Landlord, Directed by Dennis Crossfield and featuring nationally renowned activist Joan Kuyek, who analyze Kingston’s housing crisis at that time. Unfortunately, not much has changed. Kingston’s housing continues to be in short supply — historically, the city has had some of the lowest vacancy rates in the province.” says Greg Tilson

The Gertrudes first wrote about Kingston’s housing crisis with the song “Forced Eviction” (July 2020 Wolfe Island Records) in support of the temporary residents, who have since been evicted from the former Belle Park encampment in Kingston. The band has gone on to record the full length album Emergency To Emergency, that continues to raise awareness and support fundraising initiatives for charitable organizations addressing current and ongoing emergencies like Kingston’s Street Health Centre and the Canadian Mental Health Association.

Taking inspiration from artists like Wilco and The National, The Gertrudes knit together a sound like an old-time saloon party travelling through deep space. Emergency To Emergency follows three full length albums by The Gertrudes who have toured cross-country including shows like Vancouver Folk Festival, Pop Montreal, and shared the stage with artists such as Sarah Harmer, Calexico, and Ricky Skaggs. All songs are based on historic Irish and North American fiddle tunes that help provide some perspective on how our current experiences of plague and economic uncertainty are not that unprecedented after all.