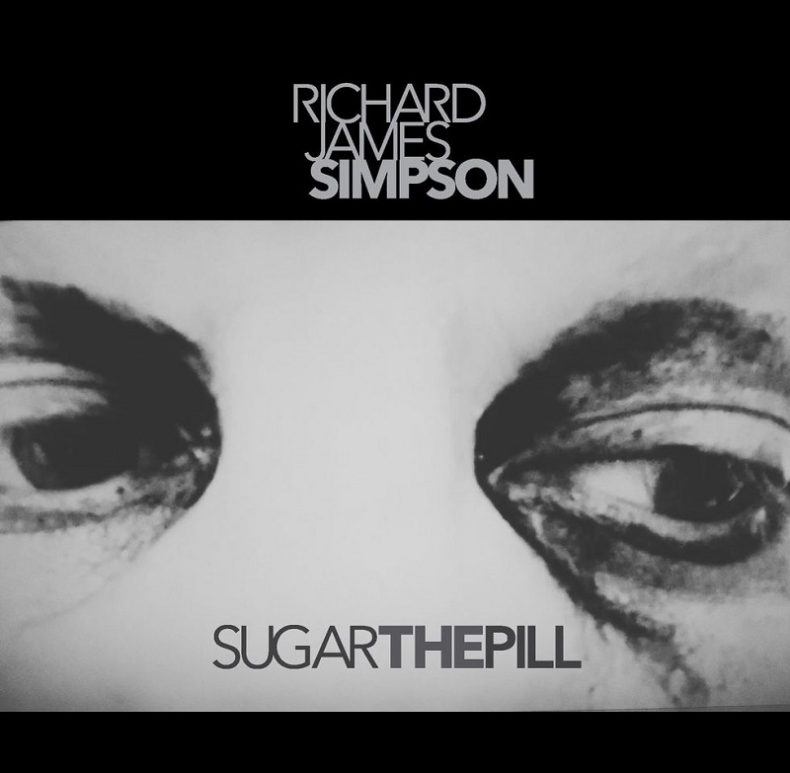 This hypnotic album harkens back to such albums as David Bowie’s Heroe‘, incorporating experimental vignettes and songs with efficacious, hard-hitting tracks reminiscent of such acts as Bauhaus, Killing Joke, Laura Nyro, Roxy Music, Siouxsie and The Banshees, and Radiohead.

While leaning toward the experimental side, these mood pieces are fashioned in the Euro-American style for which Simpson is known: “The Wizard of Oz meets Eno” as the iconic Geza X once described Simpson.

The theme of the album is now. It is about a loss of love, the loss of freedom and humanity, charged with the intention of bringing a voice to an era that is ready to awaken and squelch any encroachment on the fight for human dignity and rights. It is time to annihilate the jackals and catch the cowardly. If you don’t think something is wrong, it is time to find your mind.

“We’re in The Wolf’s Mouth'” is the second video from Richard James Simpson’s album Sugar The Pill. Featured on this recording are Richard James Simpson, Wilton, and Don Bolles from the seminal Los Angeles punk band The Germs on drums. Don brings his thunderous, dynamic, hard-hitting precision to the track. Simpson wrote the song, plays all guitars and handles all vocals. The song was produced by Paul Roessler of The Screamers and Nina Hagen fame. The video also features the masterful talent of multi-media artist Grebo Gray. It is a song for those with a sense of danger.